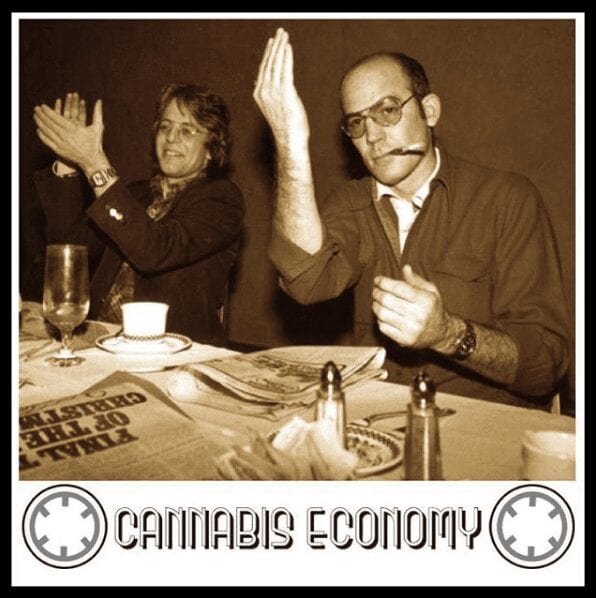 March 18, 2017
Keith Stroup returns to share his thoughts on cannabis legalization in the wake of the election. We get Keith’s take on the state of affairs in each of the state that held votes in November. We dive in on Arkansas specifically and spend some time discussing that conservative southern state and what that means for the southern states which surround it. We talk about what happened to Montana’s old law before this new vote. And Keith shares that North Dakota shared him more than any other state. Based on his 40+ years of activism, he takes us through why he’s essentially bullish on the new administration not getting in the way of the cannabis movement and industry. But Betty Aldworth first joins us with an update from SSDP.

Speaker 2: Keith Stroup and Betty Aldworth, Keith stroup returns to share his thoughts on cannabis legalization in the wake of the election. We get kids to take on the state of affairs in each state that held votes in November. We dive in on Arkansas specifically and spend time discussing that conservatives, southern state, and what that means for the southern states, which surrounded. We talk about what happened to Montanas old law before this new vote, and Keith shares that North Dakota surprised him more than any other state. Based on his 40 plus years of activism. He takes us through why he's essentially bullish on the new administration, not getting in the way of the cannabis movement and industry, but Betty Aldworth first joins us within update from SSDP. Welcome to cannabis economy. I'm your host Seth Adler. Check us out on social with the hand mechanic economy. That's two ends in the word economy. Key Strop proceeded by Betty, so Betty Aldworth SSDP.

Speaker 1: My goodness. Thank you so much for for some more time.

Speaker 3: Oh, it's always my pleasure to chat, Seth. I really appreciate the opportunity to talk with your audience about what's up with SSEP and how we're approaching our work.

Speaker 1: Well, so yeah. Um, that is absolutely what we want to talk about. What's up with SSDP and how you're approaching your work, because when last we spoke, you were focused on ballot initiatives and of course it takes a village betty, but eight out of nine passed, so at least something that you were doing worked. Can we agree?

Speaker 3: Oh, for sure. You know, we really had the grassroots arm of things and most of these places managed by SSDP in the sense that we were doing a huge amount of voter outreach, um, and uh, GMTV with Youth voters in particular and you know, we are, um, uh, in, in our work, we are heavily focused on this big message about what an incredible failure prohibitionist and how critically important it is that young people are engaged in the political process. We're going to come back to that in a minute now. How strange that is a in this particular moment, but I would like to make one note that I think really illustrates for us the impacts that we were able to have, which is that in Maine where we didn't have a presence on the ground like we did in so many other states, we actually placed more calls through our phone bank than the margin of victory. So we had 3000 and something conversations with main voters about their plans to vote about, about the failures of prohibition broadly. And the margin of victory in Maine last I saw was something like 2,600 votes. So that's a really unusually concrete measure of the impacts that we were able to have

Speaker 1: and I love it. And let me once again, for the umpteenth time and for what will be my message. Thank you. Thank you for your work. As always. So, um, as far as moving forward, you know, if you could kinda give us a sense of what traditionally your work would be coming off of an election. Um, and how that might be different considering the fact that we've got some surprises, you know, including this potentially incoming prospective attorney general that is not necessarily a part of the movement, uh, is, uh, you know, everything about anything that he has said it would be exactly. Just not necessarily a, this is so, um, so just first, you know, what traditionally would you do coming off an election? How would you kind of change the, you know, the, the way that you're kind of utilizing, um, our, our SSD peers,

Speaker 3: you know, a lot of our work happens at the campus and state level. We do and that's ongoing year round no matter where we are in the presidential election cycle. Right? That's a, you know, we're, we're always working on campus policy change. We're always working on that state level or local level policy change. We've always got volunteers out there distributing syringes with our harm reduction partners or you know, having conversations about cannabis in their communities or whatever it might, whatever the piece of work might be most interesting for our students. Um, and really the departure for us was the engagement in, um, in the election, so that work will continue on going now typically post election things are a little more simple both in terms of what we expected to have happen, but also in terms of the electives with whom we are working. And I think that in, you know, in most of that work it's uh, you know, especially at the state level that continues a pace.