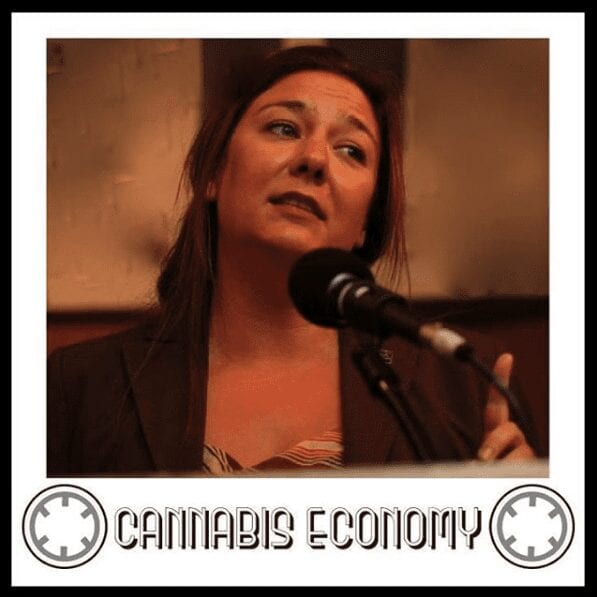 March 24, 2017
Nate Bradley joins us for a conversation on all things CCIA and by extension, Prop 64. He discusses founding the Association and its nascent days. Nate takes us through the fact that just a year prior to its passage, the CCIA board voted to endorse Prop 64 and how for the ensuing twelve months, Nate didn’t stop working to get Prop 64 passed. We also dive into Nate’s history in law enforcement and how as a former member of those who protect and serve, he has a unique vantage point on potential solutions for community peacekeeping. But Steph Sherer first joins us to discuss ASA’s petition filed with the DOJ demanding that the DEA correct misinformation about cannabis.

Speaker 2: Nate Bradley and Steph Sheer. Nate Bradley joins us for a conversation on all things and by extension prop 64, he discussed his founding, the association and it's nation days. That takes us through the fact that just a year prior to its passage, the CCA board voted to endorse prop 64 and how for the ensuing 12 months and eight didn't stop working to get prop 64 passed. We also dive into nate's history in law enforcement and how as a former member of those who protect and serve, he has a unique vantage point on potential solutions for community peacekeeping. But steph sherer first joins us to discuss ages, petition filed with the Department of Justice demanding that the dea correct misinformation about cannabis. Welcome to cannabis economy. I'm your host Seth Adler. Check us out on social with the Hammock can economy. That's two ends in the word economy. Nate Bradley proceeded by Steph Sheer.

Speaker 4: I got a little bit of almond milk.

Speaker 1: Okay. And, um, so we started to talk about espresso. I mean that's the power play of coffee, you know?

Speaker 4: Yes. I like to pack a lot into a little, a little bit. Yeah.

Speaker 1: Yeah, there you go. And, and so when folks look at, at, at Acep, we know how much you've done in the past, uh, you know, it's not a large staff. So kind of that a powerful punch coming from not so many people. Um, you and I are talking today because you filed a petition with the doj demanding that the dea correct misinformation about cannabis so that, you know, makes me feel good that we've got you steph on the front lines. So thanks for us once again to talk about this.

Speaker 4: Well, thank you for having me.

Speaker 1: You got it. All right. So steph sheer, what is this misinformation? Take us through it.

Speaker 4: Alright, so the DTA actually issues to publications where they educate the public and Congress about marijuana. One of those documents is called the dangers and consequences of marijuana abuse and the other is called drugs of abuse. And these two publications, they disseminate through their website and they're often quoted by members of Congress, why they should vote against medical cannabis policy.

Speaker 1: Right. It's coming from the dea, the dea says,

Speaker 4: correct. Yeah. And so our organization, you know, we were tracking all of the changes that were happening throughout the different federal agencies under Obama. And we found that literally every federal agency and administration had had some kind of evolution on their position of marijuana except for surprisingly the dea. And so we were actually in a process of filing a petition against the dea publications asking them to correct information when the dea issued their denial of petition to initiate proceedings to reschedule marijuana. That was, that was basically the report that told the governor of Washington and Rhode Island why they were not going to move forward with rescheduling marijuana.

Speaker 1: Right. And we all remember that it did come with the fact that, uh, hey, you know, if you want to research it, you're going to have to jump through a few hoops, but we're opening up that Blaine. Uh, but yes, they did not reorder dea schedule.

Speaker 4: Correct. But in that document, they actually conceded to quite a few points that I'm around the safety of cannabis that actually contradicted their own word. So when we did an analysis of their denial, we actually issued a report, um, about a week later called the DA's denial of existing medical cannabis research. And in it we made recommendations to the Department of Justice and the dea saying that they should at least update some of the information that they're disseminating because the wood, you know, the information they put forward and the rescheduling denial contradicted that information. And so we issued that report and sent it to the dea and Department of Justice and I noticed a big surprise, but they didn't change the information.