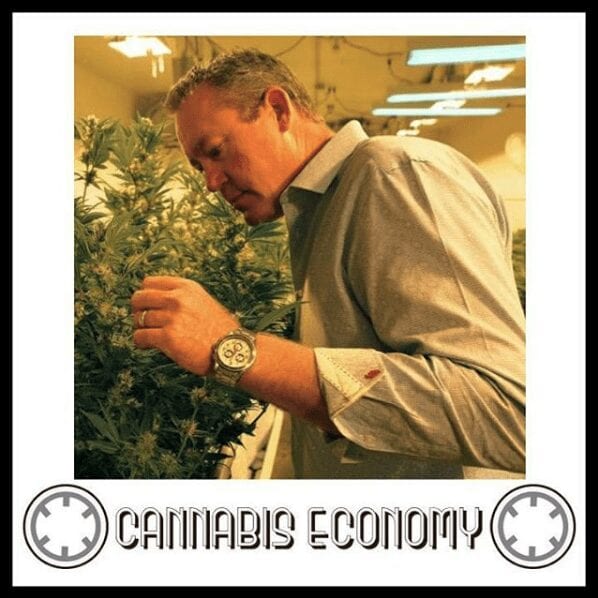 March 27, 2017
Tim Cullen joins us and takes us through the very early days in Colorado leading up to today. He candidly discusses the banking and taxation issues that persist for cannabis producers, processors and retailers. But David Brown of Lift first joins us to discuss the Task Force recommendations to the Canadian government for a federally regulated adult use cannabis economy. The recommendations soundly showcased that it’s a question of how not if. The Task Force recommends home grow, retail, consumption, limiting prosecutions and allowing for true and unencumbered capitalism with craft cannabis companies producing along side large scale players.

Speaker 1: Tim Cullen and David Brown, Tim Culen joins us and takes us through the very early days in Colorado leading up to today. He candidly discusses the banking and taxation issues that persist for cannabis producers, processors, and retailers, but David Brown of lyft first joins us to discuss the task force recommendations to the Canadian government for a federally regulated adult use cannabis economy. The recommendation soundly showcase that it's a question of how not if the task force recommends homegrown retail consumption, limiting prosecutions and allowing for true and unencumbered capitalism with craft cannabis companies producing alongside large scale players. Welcome to cannabis economy. I'm your host Seth Adler. Check us out on social with the handle can economy. That's two ends. And the word economy. Tim Coleman proceeded by David Brown. So, uh,

Speaker 2: David Brown, international sensation. David Brown. Yes. Thank you. So you got an, a question there. Uh, the task force recommendations just came out. Uh, you got a question in during the press conference. Let's start with the end because that was a really kind of how it ended. Um, you know, talk about your question and then let's talk about the fact that we got pretty much every single recommendation that we could have hoped for.

Speaker 3: Yeah. Well, my question was, uh, you know, in the report they mentioned that they had visited many compassion clubs. Dispensary is in Canada and they specifically named the British Columbia Compassion Club society, which is the oldest compassion club in. I asked a hand McClellan the chair of the taskforce to speak about her experience visiting those places and she talked about a rather life changing experience she had as a PCC, uh, which I think, you know, it was really nice to hear that because I think there's a lot of people who are concerned about this idea that legalization is going to wipe out, um, you know, the existing players. Uh, and she talked about her experience there a, despite it not being federally illegal and it working its way through the city licensing process. I think it really highlights how this is a task force that really looked at the evidence. They didn't come in with an agenda like previous government might had done and they were willing to, you know, have their minds changed about a lot of things.

Speaker 2: Was remarkable. Hearing her name, check a bccs. I mean we've been talking about this for years. The importance of um, you know, the, the storefront, the retail experience for, for the patient and for it to come out, uh, you know, not only in their recommendations, they recommended a retail, they recommended provincial oversight of that retail. So if your province doesn't want it, that's fine. Talk to them and then she just a really, you know, to, to, to give that human kind of peel a was just remarkable. That goes along with home grow four plants. It goes along with all of these recommendations that we could not have imagined. You know, what, what, what surprised you most from the recommendations

Speaker 3: during the press conference? One of the things that made me the happiest, there's two points that I think Mcclellan handled really well. One, there was some questions about drunk driving and there's been a lot of concern about, you know, we don't have the tools in place yet to deal with drunk driving and she pointed out as, as Dr were pointed out, um, you know, drunk driving is not created by legalization already here. If something already existing a and, and while, you know, there are tools needed, I think that really highlights that. No, it's a bit of a red herring to say, uh, that legalization is going to create this massive issue. There are already people out there driving stone there already people out there driving on painkillers. And so this idea that we're going to see a massive increase in that I think is a bit absurd.