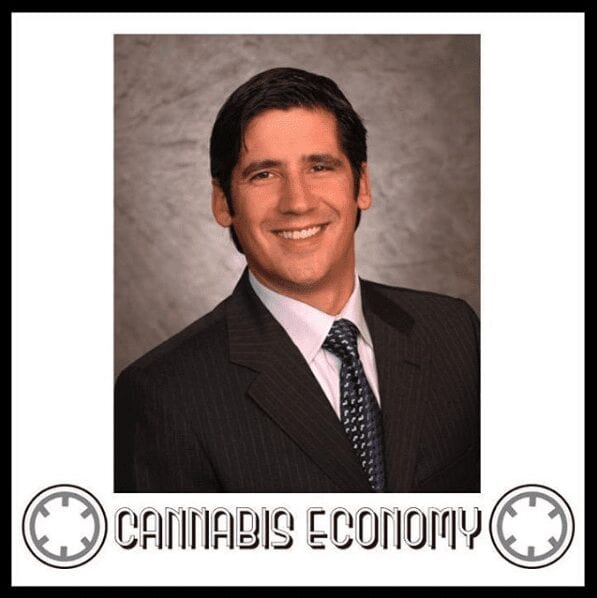 Greta Carter joins us and takes us through her storied career in big banking. She discusses the fact that the historic economic downturn provided her with an opportunity to reinvent herself, which led her to an entirely new industry. She became an activist in the space help protect patients but she needed to find a way to pay the bills, so she used her Republican background to marry commerce with cannabis….and finally Greta shares her philosophy, “If you’re not part of the game you can’t change it.” But first, George Jage joins us from the Marijuana business conference and expo. Joseph Aboud is the guy with the suits, and George, it turns out is the guy with the trade shows. He shares with us where we are as far as cannabis in relation to comparative industries and trade shows.

Speaker 1: Greta Carter and George Jage. Greta carter joins us and takes us through her storied career in banking. She discusses the fact that the historic economic downturn provided her with an opportunity to reinvent herself, which led her to an entirely new industry. She became an activist in this space to help protect patients, but she needed to find a way to pay the bills, so she used her republican backGround to marry commerce with cannabis. And finally, gretta shares her philosophy. If you're not part of the game, you Can't change it, but first george j dot joins us from the marijuana business conference and expo joseph abboud is the guy with the suits and it turns out that george is the guy with the trade. Josie shares with us where we are as far as cannabis in relation to comparative industries and trade shows. Welcome to cannabis economy. I'm your host seth adler. Check us out on social with the handle can economy. That's two word economy, george j.credit card. George, I've been dying to ask you this. Okay. this

Speaker 3: question since, uh, since the first time I saw your name, how do you pronounce your last name? Jj page with thej page with a j. J h? Yes. It's lebanese. I'm actually lebanese and irish. I get drunk and blow my car. Oh, okay. That's an interesting approach to life. Uh, other lebanese folks. Uh, casey kasem, you know casey shirts. Ptb feet on the browsers. Yup. Yup. Alright. Jamie farr. That's right. Joseph, a bank? No, no, no. It's a dimmer. George zimmerman? No, no, no, no. The other guy with the, with the shirts, with the suits. It'll come back to me. He's lebanese to uh. Did you grow up in beirut? No, I did not. I grew up in milwaukee. My, I, I'm third generation. My great grandfather had actually moved to this country and had a barber shop with a casino in the back in chicago.

Speaker 3: So. Okay. Alright. So there's the entertainment kind of stuff coming in. It's coming through generationally. so you grew up in milwaukee, do you remember? Harvey's wall bankers, of course. Of course. I grew up with 82 brewers. I think that was the last season. I actually enjoyed baseball until probably this world series. Obviously a, well you can't be my, my, my, my dad's side of the family all live in chicago and um, I, my grandmother who passed away a couple of years ago, she was a die hard cubs fan for her entire life. Did that. Yeah. So I mean it was just an exciting world series. Good for baseball is good for the country to have something to pay attention to besides the election. I mean, at least a brief period. Yeah, absolutely. We could do that, but we don't have a ton of time. I will ask you something at the back end just for good measure, but you know, how do we have the pleasure of your services here in the industry?

Speaker 3: Let's, let's do the thing that you always do. Let's get it out of the way. Oh sure. Well, you know, I, I've, I just, I got into the events business. I'm out of college actually. My father was in the apparel business and uh, he was, he had some struggles as an off price retailers selling to companies like tj maxx and marshall's and much smaller companies that we're looking for off price goods. We ended up starting a trade show out of necessity for the price people and um, you know, started with 20 exhibitors and uh, debbie reynolds hotel casino movie museum. Debbie played nightly. Um, I think, you know, the black jack dealer dealer, like there was two tables. He turned around and deal both tables the same time. I'm not sure, but, um, you know, it was exciting though. And, and, and especially in that industry, I mean, these are people that were buying in and liquidate merchandise.

Speaker 3: So what they had in the warehouse, they were ready to sell today. They were very, very hardcore merchants and they lived and died by every deal. And, but you could see the wheels of commerce really spin around this event and, and made people millions of dollars, help people's businesses, help them hire more employees, really benefited well beyond just the transaction to show. Um, we actually started a publication for the price of oil industry. It wasn't much of a publication at the time, um, and it's grown somewhat since then. um, after we sold it to a company in london, um, uh, I had moved out to las vegas and um, kind of through a course of a friend had asked if there's a trade show for the tea industry, right. Um, and, and it got y t out of nowhere. She, she was just really passionate about 10 or a husband and I have known each other for awhile.