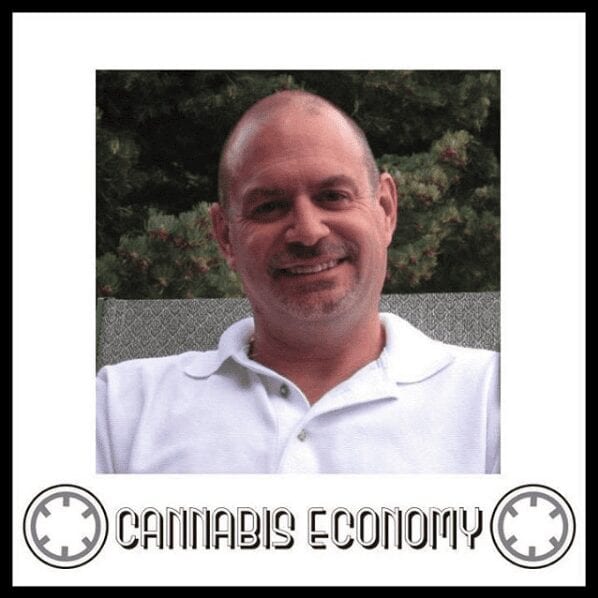 Jordan Person joins us to discuss how cannabis saved her life. She takes us through her remarkable medical journey and how she refocused her life to healing others with cannabis. Finally, Jordan shares that she didn’t think she’d live to today and that every day is a gift.
Bob Eschino then returns to give us an on the ground update from Colorado. Hiring is happening, tax revenue is skyrocketing and regulations are tightening and to that end, Bob takes us through the latest on potency and consumption. Bob then discusses his Libertarian point of view and his issues with both corporate media and social media…and closes with some advice for those on their way in to the industry.

Speaker 3: So a Jordan person. Is that? Is that a real last name though? That is my real last name. That was, you're giving, I mean, your birthday, your birth name. Yes, yes. I believe it was like personal for personal cozzie and they changed it a in Ellis island. It was a rush, rush, rush and Jew. I Say I'm a German Jew. Awesome. Yeah, there you go. Ashkenazi Jews. That's us. Yeah, exactly. Um, so, you know, we, we, we've come to know each other. Yes. And you just said something to me. We didn't have the microphones on and we're just standing and talking. And then you said cannabis saved my life. And for me, a guy that runs a podcast called cannabis economy. When I hear those words, it's time to turn on the mics. Right? Let's

Speaker 4: just start right there. Right. So what happened? So I had pain that was undiagnosed for about two years and as a nurse I just kind of kept ignoring it and let's stop. Yeah. As a nurse you kept ignoring it. Ignoring it isn't that do as I say, not as I do type of thing. Nurses and doctors are the worst patients and I think any nurse or doctor would agree with that statement. Um, we like to take care of other people, that's what we do. We're caregivers, not self care givers. Um, but when I finally decided to have everything checked, um, they checked everything and they couldn't give me answers. They kept giving me pharmaceuticals and so I was 29 years old and I was on 13 pharmaceuticals and they finally discovered that my gallbladder wasn't functioning properly and they decided to remove it even though I had no symptoms of having a bad gallbladder, just take it out right.

Speaker 4: And so when they did so they found a massive tumor on the underside of my liver that had caused my gallbladder to stop functioning. And so the tumor was not cancerous, it was benign, but it was estrogen fed and caused by the birth control pill. And so they told me it was inoperable because of its location and that it shouldn't give me any issues even though I had pain in my abdomen everyday, no gallbladder, but you're going to keep the tumor going to keep the tumor. Um, so, uh, I woke up one day about two weeks post operative living in Florida and my skin was yellow, gray and um, yeah, it was, I was dying and I called my mom who lived in Colorado and I knew medical marijuana was available and I said, mom, I don't know what to say other than I think I'm dying.

Speaker 4: And she said, well, leave everything behind and get on the next flight. And so I did, um, I got my medical marijuana card my first 24 hours into living there. Um, and I began to use cannabis, whether it was topically, orally, I anyway, that I could consume it. I did. Um, and very quickly I ended up in the hospital again and they actually found a 10 millimeter stone in my right kidney that had been there for so long, misdiagnosed that I was going into renal failure as well as septicemia. Um, so I ended up initially that my gallbladder was that thing that was the pain. The pain was coming from my kidneys and they died. The tumor, was that still there? Oh yeah, absolutely. Told me that that was inoperable at that time. Um, so it took two surgeries, two different things that you have.

Speaker 4: You have a stone under Schumer sewn into tumor and now I have. Yeah. And they had already taken my gallbladder. Right, exactly. So now they're messing with my kidneys. They discover that I'm septic, put me on antibiotics for 137 days of that year, whether it was intravenous, intramuscular or oral. Um, we finally thought I was better and I started to have really severe menstrual symptoms, but they had taken the stone out, taking this down. No gallbladder, no stones, tumors. But it's benign. Correct. Go ahead. The pain kept getting worse. I had a total abdominal hysterectomy. They removed everything, cervix, ovaries, uterus, and when they closed me, they put me into renal failure on the same side that I already had been one time because they sutured my yard or down. Um, so again, used cannabis solely for pain, for nausea, for treatment, except the nausea at that point became so severe.