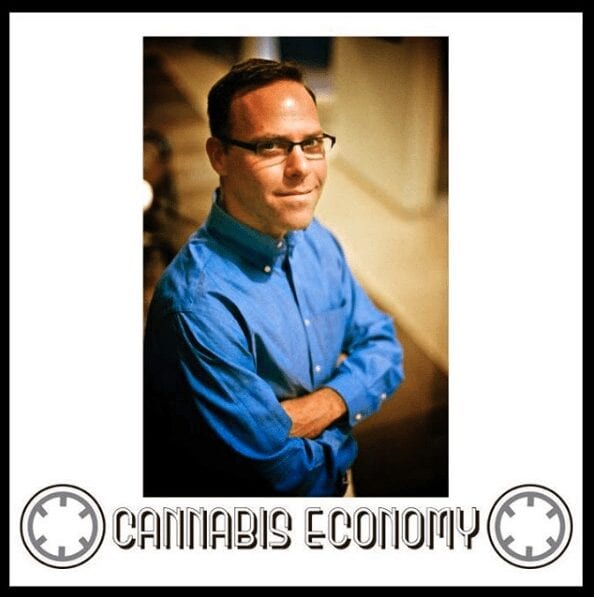 May 9, 2017
Kris Krane is back  to give us an update on Massachusetts. He shares that the current six month delay is not  a return to what happened  to the medical program- which is still in a state of recovery- from a few years back. This delay is for the state to get their ducks in a row and Kris’ point of view is that it’s essentially above board. Kris is also kind enough to get in the way back machine and share what happened with the medical program in the first place.
Becky DeKeuster then joins us and shares her experience of going from being a midwest Catholic high school teacher to joining the Berkeley Patient’s Group and helping build it into a cannabis industry institution. She then went across the country to help build a cannabis economy in ME. Without Becky we wouldn’t be where we are in general.

Speaker 2: Kris Krane and Becky DeKeuster Chris Crane is back to give us an update on Massachusetts. He shares that the current six month delay is not a return to what happened to the medical program, which is still in a state of recovery from a few years back. This delays for the state to get their ducks in row and Chris's point of view is that it's essentially above board. Chris has also kind enough to get in the way back machine and share what happened with the medical program in the first place. Becky to oyster then joins us and shares her experience of going from being a Midwest Catholic high school teacher, did joining the Berkeley patients group and helping build it into a cannabis industry institution. She then went across the country to help build a cannabis economy in Maine. Without Becky, we wouldn't be where we are in general. Welcome to cannabis economy. I'm your host Seth Adler. Check us out on social with the head mechanic economy. That's two ends of the word economy. Becky oyster proceeded by Chris Crane.

Speaker 4: Uh, I got a Bagel from Dunkin donuts in front of me.

Speaker 1: Okay. Bagel from Dunkin donuts. I feel like there are healthier options. Chris

Speaker 4: there. Uh, there are. Um, uh, I, uh, yeah, I'm a, I'm a Bagel handle those. You're not necessarily looking donuts, but obviously so good trying to make two stops and the way in the office.

Speaker 1: I hear Ya. I mean he, the Dunkin donuts coffee, that's a thing. I'm with you there and you're also, you're on the thinner side of people, right? I mean, you don't really have to worry, you know, about these things,

Speaker 4: the cream cheese and all that. It's just being just a plain Bagel. Seems on FDS.

Speaker 1: Oh my goodness. Well, you, you always approach life differently than most and uh, and that's why we love talking to you. So, um, you know, like uh, what's going on here in, in Massachusetts when last we spoke, I think it was before way before, uh, the election. Since then we've had a bunch of wins, which is great. We've got an administration that we don't know what, what's gonna happen, you know, with, with our issue. So rather than say it again,

Speaker 1: to say the least. Um, so rather than focus on that, let's focus on Massachusetts. Um, and you know, what, what's exactly happening because it, uh, is this a, uh, evidence of one step forward, two steps back or, or not quite?

Speaker 4: No, no. I mean, if anything, if it's two steps forward, one step back and Massachusetts, it's happening. Put a big. The big news, obviously the concern is that there's been a delay in the program, a six month delay in the program right now. The, it's important to note that that doesn't impact the possession and personal, personal possession, personal corporation and gifting provision. So it is, as of today, actually as of December 15th, a perfectly legal for somebody in Massachusetts to possess up to an ounce of marijuana on their person up to 10 ounces in their home to grow up to six plants for themselves while announces our 12 pants. I'm in a home with two adults and gift marijuana. So free. I'm. So all of those permissions are Nina. What was deleted was the, uh, the regulating and licensing of, uh, of, of a new industry, Massachusetts.

Speaker 4: Uh, not exactly. So medical was never Mr. delayed. They just missed all their deadline. So I think in this case know that the legislature, I think was concerned based on conversations that they'd had with the treasury secretary who was ultimately going to be over a overseeing this program that the deadline set a new initiative. We're too aggressive and that they were likely to miss those deadlines anyway. And so they wanted the new, the new schedule to sort of reflect reality know I think that's a little bit of a cop out personally. Um, I, I think the deadlines that were set were realistic, but they were hearing from a lot of their own folks that they weren't able to make those deadlines. And as we saw with the medical program, when the deadlines are missed, there's no consequences for doing that. So, um, this was probably going to happen whether we liked it or not.

Speaker 4: The delay. Exactly. So it was a good news is from everything that we can tell, the leadership in the state legislature and the governor are committed to seeing the program through to making sure that it does happen. Um, they, you know, the timeline is not what those of us who support the initiative, uh, would like to see. Um, but I haven't seen any indication that they're trying to know God or undermine the program that said they are using the six months away to take a look at the law and make some adjustments to the law. And so there have been bills introduced in the legislature already to start the session that would make, that would make changes to the law. Some of them really substantive, some of them not so much.

Speaker 4: Sure. Uh, so, you know, there's been discussion about banning edible products. I think that's probably the most far reaching that we've seen. There are some discussions around, uh, changing the local control element of this, which I think would be a really bad thing for the legislature to jail. Right now. Local towns are not allowed to Dan, um, marijuana businesses, unless they put it to a vote of the people. So, you know, a board of selectmen or city council catch us the side to ban it and they're talented actually happened to put it on the ballot and with people made that decision and I think, you know, there's a move, but by politicians to keep the power for themselves rather than giving that power to the people. Uh, and not, not, not surprising, right? I mean these are, these are, these are legislators, most of them come from the city and the city municipal governments themselves and so they're going to be sympathetic to their, you know, their counterparts in city government.