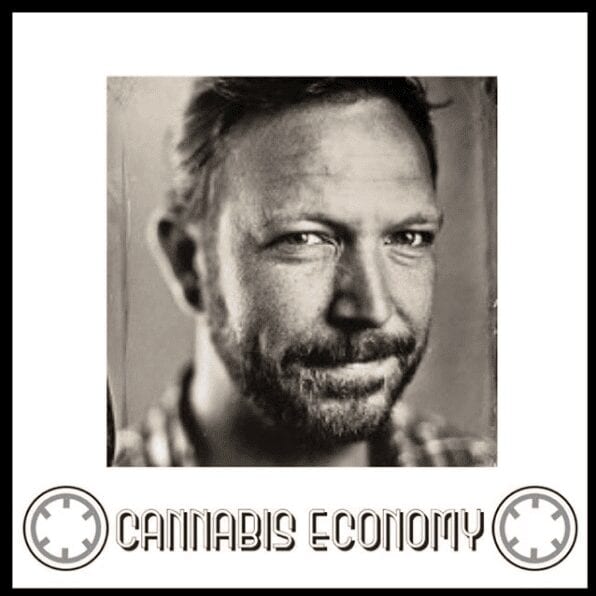 August 16, 2017
Recorded in March of 2017, Chris Schroeder from Somatik joins us to take us through his cold brew coffee with a flexible functional dose of cannabis. Regarding the delivery system, Chris is introducing newcomers to cannabis through a product with which they’re already familiar. Avid users have noticed the partnership with Ritual Coffee- a made in the bay area icon. Chris points out that there are myriad parallels between coffee and cannabis in that there are connoisseurs, there are people that drink it all day long and yet there are some that can’t drink it past 3pm. No matter what, if you have a relationship with coffee, you have a relationship with caffeine. Originally from the bay area, Chris came to cannabis as a patient and is happy to be operating a company in his hometown.

Speaker 1: Chris Schroeder recorded in March of 2017, Chris Schroeder from somatic joint. Just to take us through his cold brew coffee with a flexible functional dose of cannabis regarding the delivery system. Chris's introducing new commerce to cannabis through a product with which they're already familiar. Avid users have noticed the partnership with ritual coffee, a made in the bay area icon. Chris points out that there are myriad parallels between coffee and cannabis and that there are kind of soars. There are people that drink it all day long, and yet there are some that can't trick it past 3:00 PM, no matter what. If you have a relationship with coffee, you have a relationship with caffeine. Originally from the bay area, Chris came to cannabis as a patient, is happy to be operating a company in his hometown. Welcome to cannabis economy. I'm your host Seth Adler. Check us out on social with the hand mechanic economy. That's two ends in the world economy from somatic Chris Schroeder. I know. So Matt, are you going now? Are we going?

Speaker 2: Yeah, of course. Yeah, we just start. Your sister, um, somatic is definitely have that, right? Right. Yeah. And there's a k in their case at the end. Yeah. Yeah. Which makes sense. Yeah. That's where it would be. I mean it can be wherever you want. It could be a silent case exactly at the beginning, but it's not. So let's just make sure, because this is a new thing. I mean, you're out there, right? We are. How many retail establishments are you within? Yeah, we're in six dispensary's now and we wanted to keep it kind of small at first just to make sure it was working and makes your customers like it was selling or getting reorders all in the bay area. On the bay area. Yeah. And so now we're just starting sort of our sales uh, effort. Okay. And when you and I are talking, it's march of 2017.

Speaker 2: That's right. But because it's podcast landed, you know, who knows, but you know right now is six dispensaries who knows where you'll be next. Right, right. Um, but before we get to that, what is it? It's coffee and cannabis. Yes. So how do you say it? A, I say it's a really delicious cold grew and fused with just the right amount of cannabis interest in. What I mean by that is a lighter amount of cannabis in order to kind of just give people a nice balanced feeling. It was really looking for a, what I call a flexible functional dose. Um, so how many milligrams is it? Fifteen milligrams for an eight ounce bottle. Um, and you know, that's still for some people laughably small and for some people are way too big. Right? So, you know, that's the nice thing about cannabis. Everybody's different. Absolutely. And it's on the big end for me because I'm in New York and not in California, so I have no, uh, you know, tolerance.

Speaker 2: I have to start low and go slow is I have to do well. I use cannabis every day and it's still a, it's still two doses for me. Interesting though. Um, so why do we need this again? What's the point here? Well, I think the point is to give people something that tastes good and that they might already have a relationship with. So it's really came about with cannabis, helped me quite a bit with a physical injury recovery and it's helped with like mental health, general life anxiety, enjoying yourself more, being creative, um, because life is stressful. It is stressful just generally. It can be. It absolutely is. I'm with you there. Right. And uh, I, you know, I have a lot of friends who are interested in trying cannabis but it's still pretty intimidating to them. They don't know how to best ingested or how much to take.