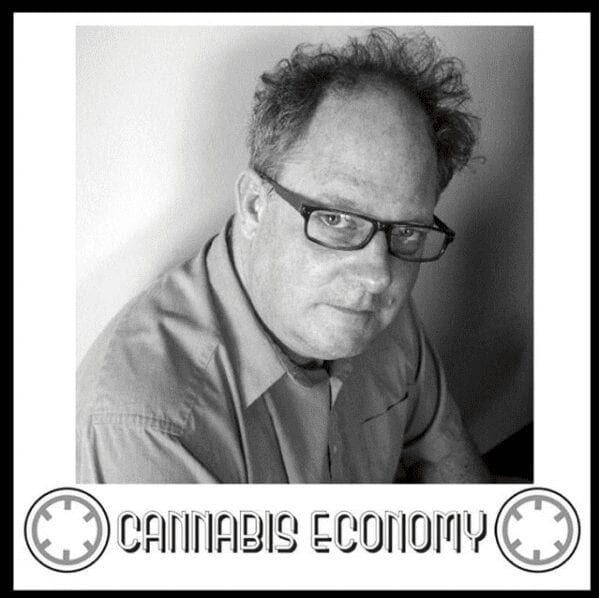 Recorded back in January in a parking lot, Crash Barry joins us and discusses the history of cannabis in Maine. Going back to the late 60’s through his time in the Coast Guard in the late 80’s & 1990’s cannabis was grown outdoors. As a participant on the other side of the War on Drugs, Crash saw cannabis driven indoors. After Crash was done with the Coast Guard, he realized his calling and became an author, penning Marijuana Valley- a tome that’s out of print but still available if you look for it. In it, Crash documents the Maine cannabis economy leading up to legalization in 2009. Crash is now on the hunt for good genetics and loves the fact that he’s able to test and know empirically what’s in what he grows.

Speaker 1: Crash. Barry joins us and discusses the history of cannabis in me going back to the late 19 sixties through his time in the coast guard in the late 19 eighties and nineties, nineties, cannabis was grown outdoors as a participant on the other side of the war on drugs crash saw cannabis driven indoors. After he was done in the coast guard, he realized his calling. It became an author pending marijuana valley, a tome that's out of print, but still available if you look for in it, crashed documents, the main cannabis economy leading up to legalization in 2009. He's now on the hunt for good genetics and loves the fact that he's able to test and know empirically what's in what he grows. Welcome to canvas economy. I'm your host Seth Adler. Check us out on social with the hand mechanic economy. That's two ends of the word economy. Crash barriers,

Speaker 2: medical versus recreational. Those were all kind of manmade constructs. You know, I view cannabis as a flower and herb. I'm feeling when we think about medicinal verses recreational. There's this kind of battleground being crafted and I believe all cannabis. I believe all cannabis is medical, whether it's recreational or medicinal. I'm with you there. It's all about wellness and for me it's all about making sure that when we talk about patient access, when we talk about patient access, I mean I want to make sure that people get really good, clean, potent cannabis and under the way it went with medical in Maine, there are some really good cannabis out there and there's some really bad cannabis out there. So we should probably say that this is crashed battery, right? Yes. We should probably let people know. You've written a couple of things, right? If you're documented, you're a documentarian of sorts, a cultural anthropologist.

Speaker 2: Okay. I like that. Do you mind if I'm also a cultural. Oh, thank you. Thank you. I appreciate that. Anyone that's curious. Yeah, it was a cultural anthropologist. There you go. So where, where does this all begin? A mainer. Well, I've only been here for 25 years, only a quarter of a day, a quarter of a century. I was born in Western mass, but I came here to live in a remote remote Maine Island and go lobstering. That's how I got here. After being in the coast guard, I was in the coast guard fighting the war on drugs. There you go. Nineteen eighties. I don't want to. I usually say thank you for your service. I, I, I feel like you wouldn't want me to thank you for that. You know, it's funny. I, I, I look back at that time period now and just shake my head. We. There was a period of zero tolerance and a lot of people that don't remember that period of zero tolerance where if we discovered a fishing boat with a seed on, it has a seed.

Speaker 2: You can see that you can see as a a joint. Oh my goodness. Not even the owners joined like a crewman is joy. So to go from the nineties, is that what? We're 87, 88 Reagan slash Bush, the first Bush and that's when the war on drugs was really going nuts and I think that's what drove. When we talk about the modern candidate cannabis economy, we drove it inside and in Maine it's always been a traditional outdoor industry and when you sat inside, I've wanted to know if you meant indoor grow and yes. Did meet into this and say you're more about sun grown. That's where I think sun grown is where it's at. I think it's going to return to that. I think that the artificial environment of growing indoors is a side effect of prohibition, I believe. Interesting phrasing by the way. I know I'm talking to a writer, a side effect of prohibition.

Speaker 2: It's fantastic. Well, you know what I much prefer than just straight sungard is greenhouse grown. Sure. So you can send the roads. Yeah, and in Maine we have wonderful summers and there are strains that do wonderfully here and it's been an industry in Maine for 50 years. How long? I mean, when we talk about the modern cannabis economy, we don't. We're talking years five, six, seven, 10, 15 in Maine. It's been 50 years. Serve multigenerational marijuana. Growing families. Okay. Well let's. Because I, when I usually talk about multigenerational, it usually goes to Emerald Triangle and obviously it is there. Please take us back to share with us that history. If it's five decades long, how did it begin and all that. I think a lot of it, if you think about the late sixties, let's start a real starting point there. There are a couple different movements that were, and this is historical data that I've gotten from people in the know and there were from source reputable sources that were there, you know, so there are different all over the state.