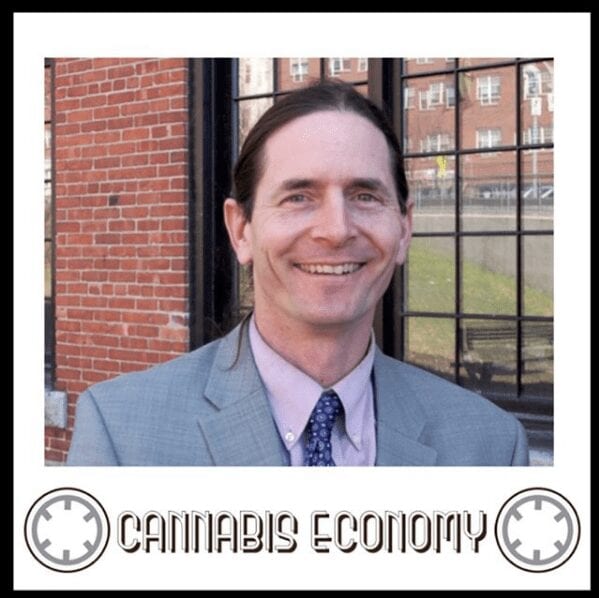 Recorded on his farm, Lieutenant Governor, David Zuckerman joins us to discuss the history of cannabis in Vermont as well as his unique story. Dave, as he’s also known, has 20 acres of organic vegetables and raises organic hogs, chickens and grain and either when on or off the farm, the Lieutenant Governor is thinking about day to day choices regarding our personal impact. Regarding politics, he volunteered for Bernie Sanders in 1992 and was asked to run in 1994 and lost by only 59 votes. He was appointed to the local electric commission was elected to the house1996 served for 14 years, ran for and then served in the senate for four years which brought him to running and winning the Lieutenant Governorship this past November.

Speaker 1: for lieutenant governor recorded it on his farm. The Senate governor David Zuckerman joins us to discuss the history of cannabis in Vermont as well as his unique story, Dave, as he's also known as 20 acres of organic vegetables and raises organic hogs, chickens and grain, and either one on or off the farm. Lieutenant Governor is thinking about the day to day choices regarding our personal impact on the environment regarding politics. He volunteered for Bernie Sanders in 1992. I was asked to run in 1994. Last by 59 votes, was appointed to the local electric commission, was elected to the house in 1996 surfer 14 years, ran Ford then served in the Senate for four years, which brought him to running and winning the lieutenant governorship this past November, woken the cannabis economy. I'm your host Seth Adler. Check us out on social with the handicapped economy. That's two ends and the word economy. Lieutenant Governor David Zuckerman. You've done this. Maybe one second.

Speaker 2: Yeah. Some people you ask questions that probably aren't as used to being filmed or whatever, but short and in elected office for 19 years, so I'm a little bit used to the reporter even though you're not a reporter, but this kind of situation. And thank you for pointing that out. I just kind of, we just had that conversation. So lieutenant governor, what do I call you? Dave or one radio station knows, calls me LGC, LGC last name Zuckerman course. Yep. Does that make you part of the tribe or would say lg Dez from vet if you really want to get hip hop on it? Um, I, my father is a member of the tribe. Uh, my mom is 10 generation New England Yankee, White Anglo Saxon Protestants. Since we can't use slang terms. No, I'm, but I'm a little more on ish side to Jewish, right? Yeah, sure. Fair enough.

Speaker 2: But I grew up in Brookline, mass. So, uh, sort of the northern branch of the tribe from New York City. When did you make it up here to Fremont? I came up in 1989 to go to college at Uvm and never left. That would have been, and I didn't mean to go here, but that would have been when fish was a fish was, well they were I think off campus at that point, but just getting, getting, going and uh, definitely. Yeah. All right, so you've got those a bone few days I'm sure. A few, a few. I was not as much of a fish head as others at the time. I actually started school as a chemistry major, so I was on the nerd side and wasn't going out every night to the shows. Plus I wasn't 21 and some of the ID stuff was tough. Got It, got it.

Speaker 2: Uh, I, I just walked by a nectars and poked my head right just for fun just to see of course. Um, but science though, you know, I'm, I'm looking at a farmer which we'll get into. Um, what was the relationship there? When did you find that? I've always been sort of a mathy scientific logic kind of person. My Dad was a doctor. I thought I was going to go into medicine after a year of working in the labs while studying, but also being a social activist on campus, I realized that my passion was not to be indoors all the time. And as an environmental studies minor, I had actually started learning a lot about the impact of agriculture on our environment and our climate. I learned about genetic engineering and food at that point in time and the increased chemical uses that was gonna lead to with some of those crops being very much raised to be a pesticide and herbicide resistant or exude a pesticide.