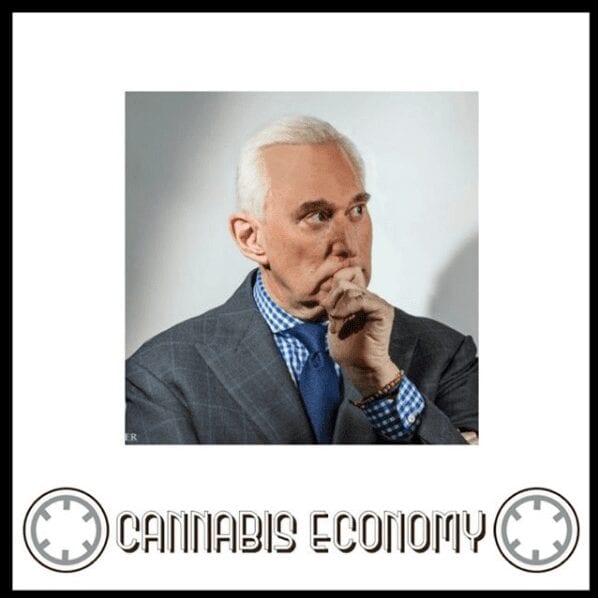 Roger Stone joins us and discusses the United States Cannabis Coalition. He takes us through his interpretation of what’s been said by this administration in regards to cannabis law reform. He feels that the Attorney General and Homeland Security Secretary are not following what was prescribed during the campaign. With news of a potential crackdown on cannabis from the Justice Department, Roger feels that would be inconsistent with what was promised to voters and breaks faith with voters. The goal of the US Cannabis Coalition is to work with a coalition of republicans and democrats, liberals and conservatives, progressives and libertarians to reschedule cannabis.

Speaker 2: Roger Stone joins us and discusses the United States Cannabis Coalition. He takes us through his interpretation of what's been said by this administration in regards to cannabis law reform. He feels that the attorney general and Homeland Security Secretary or not following what was prescribed during the campaign with news of a potential crackdown on cannabis from the Justice Department, Roger feels that would be inconsistent with what was promised to voters and breaks faith with owners. The goal of the US cannabis coalition is to work with a coalition of Republicans and Democrats, Liberals and conservatives, progressives and Libertarians to reschedule cannabis. Welcome to cannabis economy. I'm your host Seth Adler. Check us out on social with the handle can economy. That's two ends in the word economy. Roger Stone, the United States cannabis coalition. First things first. That's why you and I are in the same room together.

Speaker 1: What is that? What are you doing? Well, as you may know, I am a lifetime Republican, but I'm a libertarian Republican. I'd here to the old fashion Republican Party of Barry Goldwater, which is a party, a small government at a party of privacy, a party of individual rights, party of freedom of the individual without getting into foreign policy and defense issues, you know, that's the Republican party that attracted me originally to politics and I have been active in the movement to reform New York state's draconian, racist, expensive, ineffective drug laws for well over 20 years. And I was marching with Al Sharpton and Russell Simmons and Andrew Cuomo and Tom Golisano and others here in New York City before the first round of drug law reform. Right. So I'm not new to this issue. Um, and there's no inconsistency for me.

Speaker 1: During the campaign for president, my friend Donald Trump. Now the president took a very forthright position where he said he supported the, the right of local states, states rights in the 29 states that have legalized some form of cannabis. And when asked specifically about cannabis for medicinal purposes, he said yes. If that's what the voters decide, right? Well the voters have decided absolutely. But now you have a situation in which jeff sessions, the attorney general and John Kelly, the homeland security secretary, and Chris Christie, who I guess is our new opioid Tsar, are, uh, talking about, uh, a crackdown on cannabis, presumably rolling back the, um, one of the few good decisions by the Obama administration, my opinion put the federal laws in abeyance in those 29 states where federal laws pertaining to possession and distribution contradicts state law. Now it seems that attorney general sessions is going to reverse the justice department's position and begin cracking down on the medicinal marijuana industry in the 29 states.

Speaker 1: That's inconsistent with what the president said. I don't think that reflects his views. I don't know if the president even knows these guys are out doing this because it breaks faith with millions of voters, particularly younger voters, African American voters, where trump did better than John Mccain were. Jumped, did better than Mitt Romney, right? Sure. It's marginally better, but we had a very close election. Sure. So that difference brings you. Wisconsin, brings you, Michigan, brings you Pennsylvania, and therefore brings you the pencil, the presidency. I just want to remind the president of his pledge, I want him to keep his word to the millions of people who use cannabis for medicinal purposes and for those who voted for him based on his assurances, so that's the United States cannabis scope. That's our. That's our number one goal. I'm going to work with a coalition of Republicans and Democrats, Liberals and conservatives, progressives and Libertarians just to remind the president of his pledge and to urge him to keep it and at the same time, to urge him to reschedule marijuana from schedule one a so that doctors could prescribe it legally

Speaker 3: if I may. While you're here is what I would prefer as dea scheduling cannabis. If we reschedule cannabis, that puts it into a limbo that we're not certain of. And so to go back to what jeff sessions is trying to do, what I find interesting is that that letter that he wrote to Congress, he asked for them to rescind the Rohrabacher Farr amendment. The thing that is law, but he didn't touch the coal memos, which are the things that he can just do away with. Yes. Why? Why, why, if you could, because you did spend some time in Washington, I know that you don't love it. Why did he not do what he could do and then and throw this molotov cocktail instead.

Speaker 1: Well, why is he doing? Why is he doing all of this? Fair enough. And in all honesty, we now know that the, uh, that the NSA under Barack Obama was illegally spying on reading the emails of listening to the phone calls of millions of Americans, jeff sessions, if you want to prosecute somebody, wants you to forget about weed and focus on our civil liberties and the fact that the, our civil liberties were trashed under the Obama administration. So I think the entire thing in my view is misguided. I could go either way. Meaning it doesn't matter to me whether you declassify it or you give it a different classification. A good start would be to get it out of the schedule one list where it just doesn't belong. Fair enough. So we're given the fact that it's already grouped with drugs that are dangerous. I just don't think cannabis is dangerous, right? There are millions of years of history to prove it