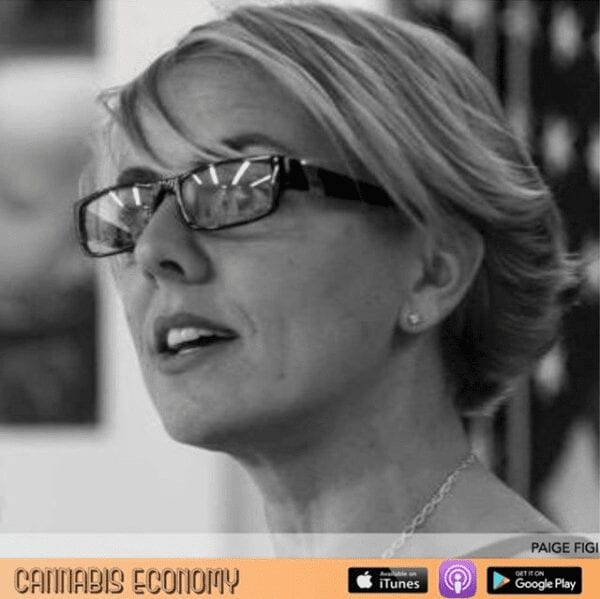 Mother of Charlotte’s Web inspiration Charlotte Figi, Page Figi returns to share the latest on the Cannabodial bills the Coalition for Access Now has in both the House & the Senate. We review her experience with CBD as it related to Charlotte’s seizures. We discuss the alternative bill in the Senate which would reschedule not deschedule CBD as Paige’s bill does. And we discuss what YOU can do NOW to aid the bill to passage by taking action and connecting with your elected officials who work for you. Finally, we talk about your patient and business CBD options in a forecasted rescheduled world but we also take the opportunity for Paige to share red flags and dog whistles to look and listen for when evaluating current CBD offerings.

Speaker 2: Paige Figi returns, mother of Charlotte's Web Inspiration Charlotte figi Paige Figgyreturns to share the latest on the canal, the dial bills, the coalition for safe access has in both the house and the Senate. We review her experience with CBD as relates to Charlotte seizures. We discussed the alternative bill in the Senate, which would reschedule not dea, scheduled cbd as pages bills does, and we discussed what you can do now to aid the bill to passage by taking action and connecting with your elected officials who worked for you. Finally, we talk about your patient and business cbd options in a forecasted rescheduled world, but we also take the opportunity for page to share red flags and dog whistles to look and listen for when evaluating current CBD offers. Welcome to canvas economy. I'm your host Seth Adler. Check us out on social with the Hana can economy. That's two ends of the word economy. Pitch Fakey,

Speaker 4: Okay, I'm writing that down. I'm going to read the book for.

Speaker 1: Yeah, no, it's as far as like humans. If you're a human, I suggest that you read it. Okay, so in. You're one of those people, right? Yeah. I am born and bred human page figgy. I, so how do you introduce yourself if folks don't know you? Right? So I've talked to you a few times on the cannabis economy podcast. So most of the folks listening do know who you are, but you know, now it's been awhile since uh, the, the TV, right. So, uh, what, uh, you know, how do you kind of, um, introduce yourself.

Speaker 4: Most people know me through the CBD and Charlotte's Web as Charlotte's mother and the one who started the, the help start the company and that sort of thing. What I've mostly been doing since six years ago is on the political side and, and you know, keeping the tension on cbd and the information, the research and getting the word out there. But um, but yeah, mostly known as the mom, the Charlotte's mom, she's the child with epilepsy who has been using cbd for, I think it's the longest person that I know of at, at a daily dose of CBD. It's six years, but of course their cbd and every bit of cannabis. So, but the specifically what she takes and the same dose in the same oil for six years. But that's how most people know who I am, but I've been working on the political front, the same thing. I've been doing this every day for six years on the cbd issue

Speaker 1: and just, uh, right before we get to the politics of it all. Um, you know, I met, I had the pleasure of meeting a Charlotte and she's up and around and you know, absolutely engaged. And that wasn't the case before cbd, is that right?

Speaker 4: Right. That was not the case. She was a, she was in a bad state. She was in hospice. She was on oxygen and a feeding tube and we had brought her home. We didn't know how long she had left. It was really, really bad, like know catatonic, worst case scenario for epilepsy, seizing all the time. And uh, you know, and, and the whole story was that we started this, I tried this with her from, from old data, from European and Israeli data and that this was an anticonvulsant. But when I was really hoping for was it's just sort of an end of life comfort, you know, at that point it really doesn't. I don't think laws should apply when a person wants to die with dignity and so it was we didn't care that was controversial or what we were doing at the time. It was just to give this child who is in extreme agony, the end of her life is what it looked like to everybody.

Speaker 4: Give her something and it turned out that while we were giving her to comfort her was actually what was the thing that stopped her seizures when nothing else has worked in her, her medical life and she's 10 now, so she. She's running around, she's in school, she's doing great. She talks, she's eating on her own. She hasn't been in the hospital and the entire time we've used this and she's not on any drugs because they're only treatment so it's. So it's crazy story and how it started, but it's not just one kid anymore. It's like people use this, dogs and animals are using this, so it's a. it's, it's a shocking that we didn't have this information. I didn't have this ready to ready to go, ready to try as our next treatment and it was a. So I'm just trying to help continue that, get us out there for people who might want to try it.