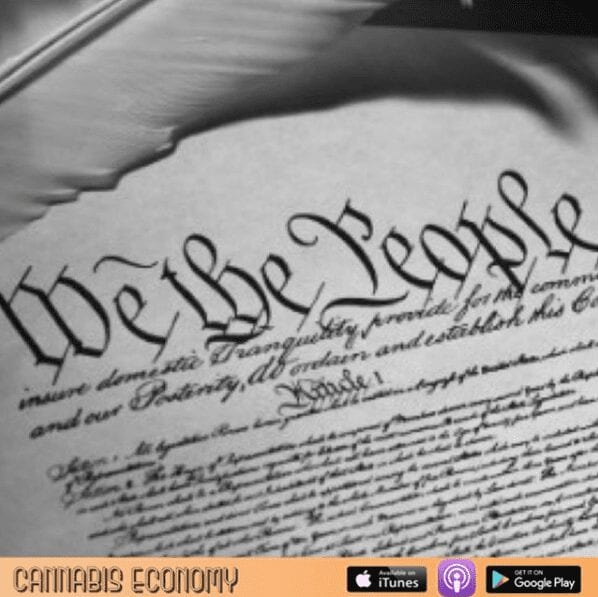 Recorded in Las Vegas at MJ Biz Con in November, Charlie Rutherford returns for Political Discourse IV. At the time the tax bill being debated came under the guise of tax reform. We now know that it became simply a tax cut. We discuss the benefit of corporate taxes coming down while unpacking the short-term middle-class tax cuts resulting in those middle-class taxes actually going up over a 10 year period. We discuss killing the State and Local income tax or SALT deduction and it’s effects. We discuss the realities facing the Reagan tax cuts- corporate profits being low and interest rates being high- the opposite of the current economic reality. We talk about that economic reality as a playing field for We The People. And we discuss the definition of a free market.

Speaker 1: Political discourse part four recorded in Las Vegas at Mj Biz in November. Charlie Rutherford returns for political discourse part for at the time the tax bill was being debated, came under the guise of tax reform. We now know it became simply a tax cut. We discussed the benefit of corporate taxes coming down while unpacking the short term middle class tax cuts, resulting in those middle class taxes actually going up over a 10 year period. We discussed killing these state and local income tax or salt deduction and its effects. We discussed the realities facing the Reagan tax cuts, corporate profits being low and interest rates being high, the opposite of the current economic reality. We talk about the economic reality as a playing field for read the people and we discussed the definition of a free market. What can they? Cannabis economy. I'm your host Seth Adler. Check us out on social with the Hammock can economy.

Speaker 1: That's two ends of the word economy. Political discourse. I wouldn't argue it all at a. They make really great heart at wearing really great software. Just I've never been an apple guy. I think it's started when the iphone came out. What was it, a decade ago? Yeah. Two thousand six. And I was not in a spot where I could afford one and I think I resented people that type of deal. I then I just never got ya. Yeah. So they were like, there's an APP for that. And Charlie's like, not for me. No, there is no bastards. Right? I mean I had an ipod. Sure. And uh, so yeah, especially with the new developments with that cigar, find her out from cigar aficionado not being on the APP store anymore. Oh, because they don't want to promote where people can go and enjoy a legal pleasure. Yeah.

Speaker 1: So, well, um, there's a, there's a, a fair amount of that these days. Yeah. Well, and that's the thing is that I think there are more alliances that can be made between the cannabis community and the cigar community because even though they might have hostility towards one another about what it is that they're smoking, the reality is that they are both fighting the for personal freedom. Here's, and I'm with you, and I think that if you are someone that has hostility towards anyone and you're from the cannabis industry, you're doing the wrong thing. I would tend to agree because the mountain top. Are you shouting from friend? Yes. Yeah. I mean there was people that blazed trails before cannabis to allow for easier integration into society and we joked around Bova even as recently as six, seven years ago, that, uh, there would be a day where it would be more acceptable to consume cannabis than it would be cigars.

Speaker 1: Well, we're seeing that already. I mean, we've been seeing it happen for a number of years, especially in California where you can't have a cigar outdoors in a totally isolated patio in your own patio type of thing. Well, I don't know your own personal private residences, but I remember we'd go to a restaurant and there's no one else out on the patio. Yeah, no. Well, so then you bring up a, your company. This would be a good time to remind folks that, uh, all of your opinions expressed here on these political discourse, uh, episodes are on my own. Yeah, yeah. People don't want company I am from. What's that? If people know what company, I mean, if they go back and look at the Pantheon of Charlie Rutherford episodes, they, they can certainly figure it out. But you just did mention the company by name, which I think we should keep in a because it's so apropos.