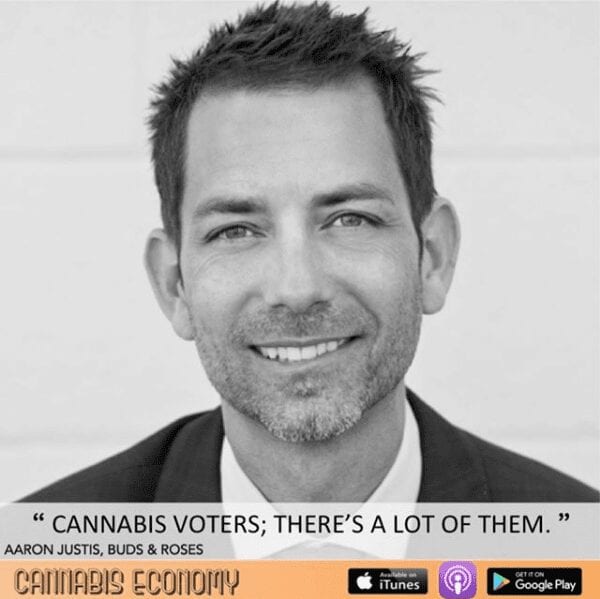 Aaron Justis returns to share that he feels the rescission of the Cole & Ogden memos will not result in disruption. He notes that giant state government agencies are involved, politicians up and down the state of California had a strong response that they would keep regulating and keep taxing legal cannabis. And of course, other states like Colorado had vociferous responses from the State Attorney General stating that she would defend state legal businesses to Republican Senator Cory Gardner raising his voice from the floor of the US Senate insisting on protecting state legal cannabis despite the fact that he didn’t initially support it. Aaron also notes the fact that ultimately it would come down to jurors convicting state legal cannabis and legal cannabis has overwhelming support.

Speaker 1: Aaron justis returns Aaron Justis returns to share that he feels the rescission of the colon. Ogden memos will not result in disruption. He notes a giant state government agencies are involved. Politicians up and down the state of California had a strong response that they would keep regulating and keep taxing legal cannabis, and of course other states like Colorado had most sephoras responses from the state attorney general stating that you would defend state legal businesses to Republican Senator Cory Gardner raising his voice from the floor of the U, s Senate insisting on protecting state legal cannabis, despite the fact that he didn't initially support it. Aaron also notes the fact that ultimately it would come down to jurors convicting state legal cannabis and legal cannabis has overwhelming support. Welcome to cannabis economy. I'm your host Seth Adler. Check us out on social with the handle can economy. That's two ends in the word economy. Aaron Justis.

Speaker 3: Yeah. Must've been such an odd day. It was inspiring to them to write about, to write about, so it's an odd day for them. For me. I just left my car in a lift. You left your car in a lift. That's terrible. Yeah, mean your phone. Yeah. It's an odd day. I'm so off, I'm so off my game. It's crazy. Know it is legal to use cannabis. I think you need to get high. So I think that's what, I guess I didn't want any uh, regulate a little bit. Yeah. I don't want to jump in right away, but I guess she, you, I, I could, I don't have a medical card. So you don't need one anymore? No, but I do for you guys. You're not doing adult use? We are not yet. Is that correct? Alright. So give us the. Because we're in La. Yes. And by the way, I think we'd be celebrating. Everyone's always asking. Oh man, how do you like adult use? You guys are really busy. Yeah. Yeah. Well I don't know yet because why? So the city of Los Angeles got a little behind, right? They are a big city. So um, we'll give them that the biggest city regulate cannabis.

Speaker 3: you have to have the ensuing capital of cannabis wide. Right?

Speaker 4: Working at, you know, we're, we're getting there for sure. Exactly. And the city got a little behind and you cannot get a state license to do adult use sales until you get a temporary permit from the state, of course, in order to apply for that. Right. A local permit. And the city of La has not issued those.

Speaker 3: Oh my goodness. Lori Ajax did the whole tour and everything. She did and still we, we waited.

Speaker 4: She's a, she wants us to hurry up and get it together, which we're trying to do. And by that the city we mean yes, she wants the city and for everyone in La to apply and get into the system. Come on now. Yes. And we um, so la did start the process last week. Uh, we were one of the first to apply good. And the word is that as soon as today they may have started issuing approvals, but I did not hear of anyone getting an approval and I did not hear back.

Speaker 3: Okay. And so since you mentioned today podcast land knows no time, but I will say that it's January eighth. And the reason that will say it's January, if not only has to do with the fact that you just mentioned today in relation to La licenses. We also want to talk about all, what was the other thing? Oh yeah. The sessions memo, which is now what we call it. That guy, that three, the three paragraphs of fun. Yeah. Have you, uh, have you read and reread it yet or. Yeah.

Speaker 4: Yeah. Um, it's definitely, he's definitely out of touch with the voters. I believe with the polls that, that we've seen, you know, 60 percent of voters supporting legalization and sure, almost 100 percent, which is unheard of supporting medical regulations for. And uh, I just, I, I hope it was a rogue thing that he did. Um, I do hope that, uh, our current president sticks to what he said and does not go after our industry. And uh, I do think he wants to be reelected and there are a, the cannabis voters, there's a lot of them now. So I'm, I'm staying positive and thinking we can handle this.