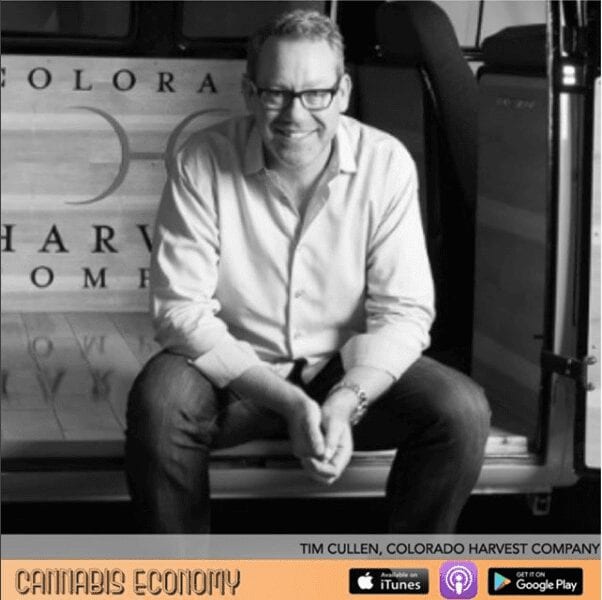 “Jeff Sessions, as much as we disagree on all sorts of topics, he’s right. Marijuana is federally illegal and marijuana needs rules and protections in place by states like Colorado, California, Washington, Oregon, Maine, Massachusetts, need to come together and stand up for these businesses that they collect tax revenue from and give us something better than a flimsy piece of paper with a couple rules on it that any administration can pull away. And until that happens marijuana and Jeff Sessions, it is illegal and Jeff Sessions is right.”

Seth Adler: Yeah, you and I Tim Cullen were talking about the automation of society essentially.

Tim Cullen: I think what's terrifying about it is that it's sold to people as convenient without realizing the consequences of ...

Seth Adler: It is convenient. That's the problem and people really like that. People don't like to think about consequences. Have you noticed?

Tim Cullen: There's a couple examples. I've just been following it casually. When this all came up from your discussion in New Orleans. What'd you learn down there?

Seth Adler: I was speaking with the research community in artificial intelligence and they don't think that the singularity is upon us. Meaning where machines essentially take over. They don't think that that's going to happen any time soon. They do think that there are other issues that are big issues such as the one that you're talking about. Entire changing of our economy and where people are employed and how people are employed. Once you get to a certain percentage and above of people, hey, actually your high paying trading job on Wall Street, that might go away, but there's going to be plenty jobs in automation where you can be employed. You might not make as much as you were making but you can certainly make some money.

Seth Adler: These jobs that you're talking about, at the till, at the register, driving a car, this whole Uber and Lift economy, what happens to those jobs? We have no idea. And what do they do?

Tim Cullen: They go the way of Blockbuster when Netflix comes up. They disappear.

Seth Adler: They disappear. And so I really do see these two worlds as colliding meaning that if we get to a scope and scale in cannabis and include hemp so that we're processing fiber and making construction materials and t-shirts as well as wellness materials, we have a place where there are plenty of jobs for people that used to drive a truck. That used to run a register. Plenty of jobs if we can actually start doing just that. Now we have just started to do just that with .3 TCH and above. Certainly there is an industry where it wasn't but there's, what was the issue again? I can't remember what the issue is. Oh right, federally illegal.