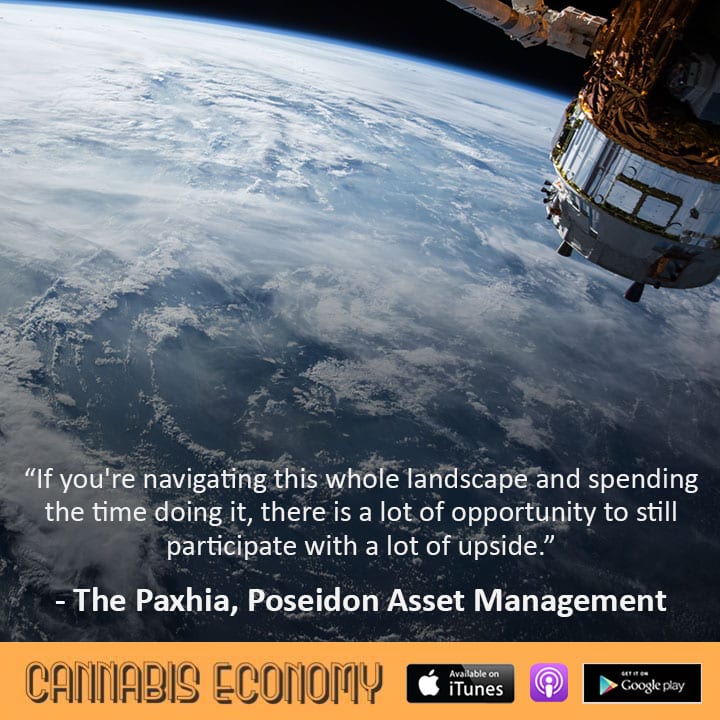 The Paxhia on investment opportunity: “This is a fantastic period of time for investing in the space. Canada has not waited. They have war chests on their balance sheet of cash, not really much more they can build out in their market, so they’re eyeing other opportunities. The US is a huge opportunity set for them. They’re coming.”

Seth Adler: It's me. It's the Paxhia.

Emily Paxhia: It's the Paxhia.

Seth Adler: I mean, does anybody else call you the Paxhia?

Seth Adler: That's my favorite thing. It really is.

Morgan Paxhia: You own it.

Seth Adler: It really is my favorite thing to do.

Emily Paxhia: It's the best.

Seth Adler: Yeah. You guys know I am a sibling but not quite the same way you are, and really, who is? Is there another sibling outfit int he cannabis industry I wonder?

Morgan Paxhia: Well there's quite a few, I mean the DeAngelos are probably the legendary.

Seth Adler: The Daltons of course, sure. [inaudible 00:01:35] And we're staying in similar territory there.

Emily Paxhia: Do we have a brother sister team?

Seth Adler: Well, yeah we do Morgan, we do.

Seth Adler: It's you.

Morgan Paxhia: If anyone ever does come in as a brother sister team, just remember that we are the OG brother and sister.

Seth Adler: OG sibling, yeah. What would it be? Is there a fun way to say male and female?

Seth Adler: It looks like it's, what's that called, when you put it on the thing and then the thing does it for you?

Seth Adler: Stencil! Is that what it was?

Morgan Paxhia: We had a projector and she stenciled it out and then we did all of the fading and everything.

Emily Paxhia: She puts the rest of us Paxhia girls to shame with her creative capabilities.

Seth Adler: That's interesting. You accept her as a Paxhia.

Seth Adler: How many years has she been a Paxhia?

Seth Adler: And then more than that otherwise.

Seth Adler: Right. So it's been a decade. How long have you guys been in cannabis again? How long is that?

Emily Paxhia: We're in our 5th year officially, but a couple of years before. So about 7.

Seth Adler: Half a decade, three quarters of a decade.

Seth Adler: What's different about 2018 than before it for you guys?

Emily Paxhia: I'll start. In 2018 started off like a lead balloon. Woke up basically crying all day so happy that California was opening.

Emily Paxhia: Knew it was going to be rocky.

Seth Adler: That's a kind way to say what we all thought.

Emily Paxhia: Yes. We knew there would be tremendous friction points going forward, but what we did not know is that Jeff Sessions on January 5th was going to suck.

Emily Paxhia: Yeah, it was horrible. Capital just ran running for the hills away from the industry and we were originally in fundraising mode at that point.

Seth Adler: Let's dive in there. Let's re describe what Poseidon is so that folks that are just catching up now understand it, number one, so go ahead.

Emily Paxhia: Poseidon is a firm that now has two funds dedicated to the cannabis industry under it's umbrella.

Seth Adler: So you were looking for funding and you're dialing for dollars, so to speak, as Janis Joplin, who used to live in this neck of the woods, would say. Then all of a sudden, what, people stopped calling you back? How would you describe it from your point of view? How precisely did It happen?

Emily Paxhia: People pulled away from the sector wholesale and not just because they were concerned about the risk associated with the investment, it was more of their exposure to it with an Attorney General who had stepped forward and had made... We like to say they were more like representations of concern, but not necessarily potentially action points of concern.