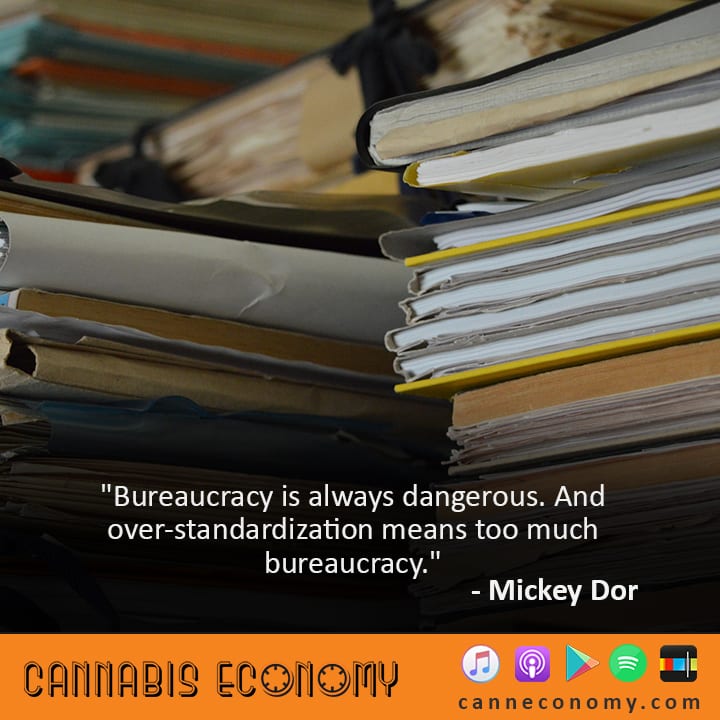 Mickey Dor, Senior Medical Advisor of the Medical Cannabis Unit for the Israel Ministry of Health, tells the story of regulated cannabis in Israel and notes the different types of changing winds that he has seen over the years. Although every country has a different approach to cannabis, Dor believes that the first step must always be teaching. If we prioritize research and educating physicians, then legislation and funding will naturally follow.

Seth Adler: Mickey Dor joins us. Welcome to Cannabis Economy, I'm your host Seth Adler. Download episodes on canneconomy.com or wherever you come to get your podcast. Canneconomy.com, that's two n's and the word economy, has a ton of direct insight from science, policy, and business leaders in space. First, a word from Warner Brands and then from the Israel Ministry of Health, Mickey Dor.
Want to know with Warner Brands, Nancy, just general expansion into other states, what are you thinking?

Nancy: We are in such an active period right now, we have many, many states that we're in serious discussions with, but some of the most far along discussions are Ohio, California ... You've heard of California? So that's an exciting one for us. Massachusetts, Maryland and Pennsylvania and we're looking at Washington, Michigan, we are quite in an expansion mode right now.

Seth Adler: We've got Mickey Dor, finally. You and me, we know each other for at least three years, if not more than that. And we're doing some things here in Israel, aren't we?

Seth Adler: Because we have microphones for the first time, if you don't mind to go all the way back to the beginning of how and why we decided to do regulation in cannabis, tell us about the first couple of conversations and how that all went down because you're from the beginning here, right?

Mickey Dor: No. No, the whole thing started about 10, 12 years ago with some guys that needed cannabis for medical purposes. And one of them started to grow it for himself, got in trouble with the police, and then later on he was allowed by courts to grow it. And he was a really nice guy, he gave it to other oncology tumor patients and after certain periods, he was giving to tons of oncology patients and the physician knew about it and the police knew about it. It was a pity. Why you should interfere with such things? And then later on, the police was not happy about it. So somebody went to court, don't know if it was patient or not and the court decision was that he should get, not everybody, he should get cannabis through the Minister of Health but the Minister of Health didn't have cannabis. Who was the only body to have kilograms of cannabis? The police.

Seth Adler: Right, as Rafi Meshulam can tell you from a couple of decades back when he started to research it.

Mickey Dor: Exactly. So the police car was bringing the cannabis to Rafi Meshulam and others. At a certain point they had a new chief of police that was very surprised to see that his organization is distributing cannabis.

Mickey Dor: Which is a logical decision and from that moment on, it started to develop. It developed quickly and to many, many patients and starting [inaudible 00:04:05], I joined this organization five and a half years ago and was nominated the Senior Medical Advisor to the medical cannabis unit in the Israel Ministry of Health.

Seth Adler: Why do you think they sought you out and why would you have said yes?

Mickey Dor: Because an incident. I went to have lunch in the minister's dining room and there was an open table near Yuval Lanshaft and Yuval and me, we did some projects together in the emergency department: preparation for war, something like this. I was at that time the director of the hospital division in [inaudible 00:04:58], in charge of all the hospitals. So Yuval told me "Sit down there is a place here" and then he asked me, and I was a few months before retirement, so Yuval asked me, "Do you know somebody that is an authority and I can ask him to this job?" And I asked Yuval, "When is it supposed to be?" And he told me, "The first of January" we spoke in September. I said, "Will you accept me?" He was surprised and smiled because we knew each other and said I was more than welcome and I three months to study the subject and since then I am involved.