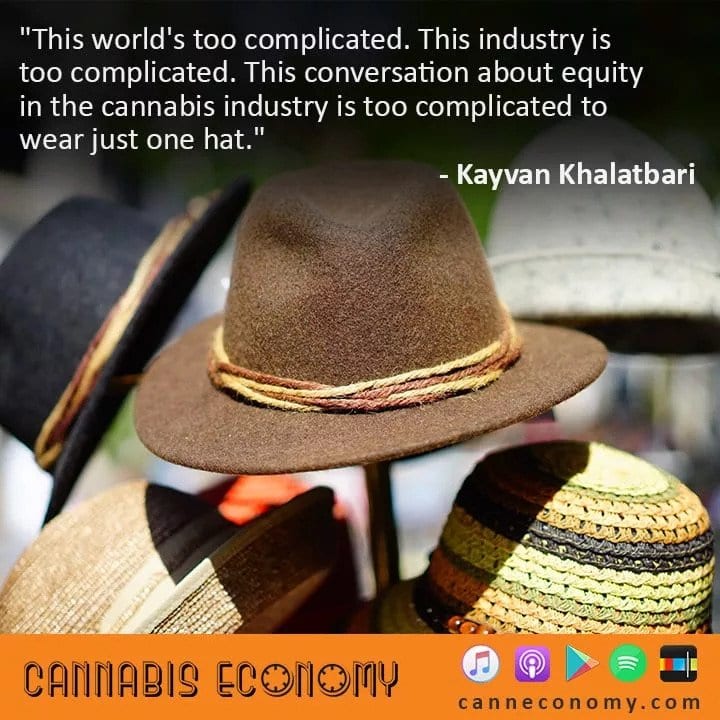 Shanita Penny and the MCBA join us to share their plans to push for successful and legal business practices in the US cannabis market: “he rest of the year is staying close to DC, making sure that we have a seat at the table as it relates to providing input, recommendations, perspectives that they may or may not be aware of, and also opening up our businesses to these elected officials and making sure that they have a firsthand view of what it is that we’re asking for, the issues that we’re facing, and solutionizing for it.”

Seth Adler: The MCBA and Congressman Earl Blumenauer here on Cannabis Economy. I'm your host, Seth Adler. Download episodes on canneconomy.com or wherever you currently get your podcasts. Canneconomy.com, that's two Ns and the word economy, has a ton of direct insight from business leaders, policy makers, and scientists in the space. First, a word from MedMen and then an interview with Kayvan Khalatbari, Shanita Penny, and Jason Ortiz from the MCBA followed by a press conference featuring Congressman Earl Blumenauer.

Speaker 2: MedMen continues to expand its footprint on the cannabis landscape opening new stores in Los Angeles, Las Vegas, and the iconic Fifth Avenue in Manhattan. They've also opened a 45,000-foot high-tech cannabis cultivation and manufacturing facility in Nevada. The company has reached a $1-billion valuation making it the country's the first cannabis unicorn, and it's just the beginning. Learn how MedMen is building the future of cannabis today at medmen.com.

Seth Adler: We've got Shanita. We've got Jason. We've got Kayvan from the Minority Cannabis Business Association. Today's kind of a big day.

Seth Adler: What are we doing?

Shanita Penny: It's our day of action for equity in cannabis. We are doing a press conference this morning, and then we are going to meet with members in their offices to discuss our go-forward plan to improve existing legislation, existing pending legislation, as well as to introduce new legislation for issues that we haven't solved for.

Seth Adler: That would be the municipal bill? Is that a fair place to continue the conversation, Jason?

Jason Ortiz: Well, after doing both the state bill and the model municipal ordinance, we're actually shifting over to our federal focus, and so now we're going to be figuring out what role the federal government should play in ensuring that state equity programs are both funded and effective.

Seth Adler: Just quickly go through state and municipal to catch us up to federal.

Jason Ortiz: Most of the legislation, so far, has been done through ballot measures at the state level. However, now legislatures are taking it up in state houses across the country. For instance, Connecticut, where I'm from, we just passed the bill out of judiciary and general law, and so our model legislation informed a lot of the equity components of that bill and the bills that are moving forward, but it's happening all across the country. We have New York and New Jersey are discussing and maybe not going to get there this year, but our model bills have provided the sample language for all these bills, and we've discussed the specifics of equity.