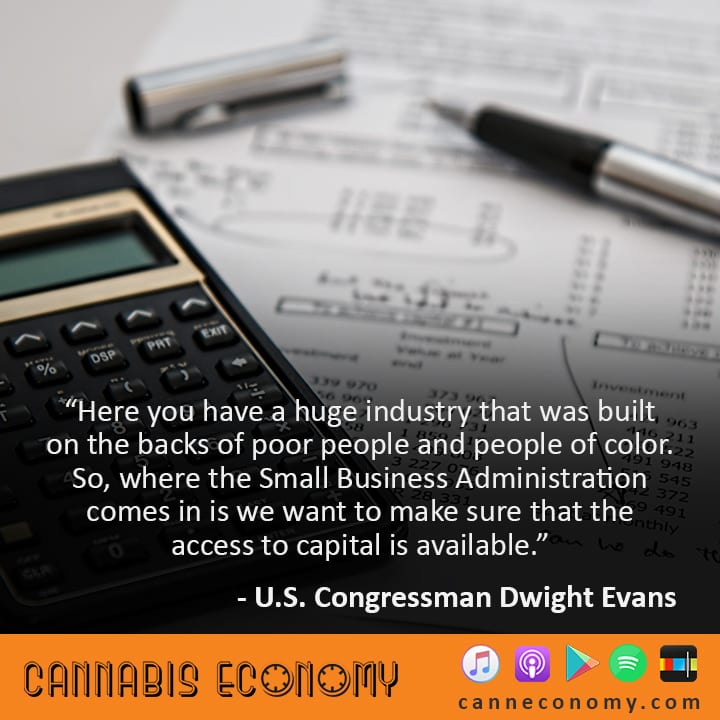 For U.S. Congressman Dwight Evans, cannabis reform is a matter of both medical justice and criminal justice. Evans realized not only that cannabis can save patients’ lives, but also that the war on drugs was undeniably a major reason for the massive prison population in Pennsylvania. Since then, Evans has developed a firm belief that we must seriously reevaluate the plant. He has learned that having meaningful conversations about reform and justice with people who come from diverse backgrounds is the first step in “ensuring that the communities that have been left out under our watch” will not get left out ever again.

Speaker 2: Bedrocan is a patient-driven global pharmaceutical-minded cannabis company. Their entire end to end process is GMP certified through Dutch and, ultimately, European authorities. Bedrocan is the market leader in Europe for medical cannabis and has been the sole supplier to the Dutch government for 16 years .through the Dutch government, Bedrocan provides product to 15 countries currently. As a science-based company, Bedrocan invests in clinical research. The Leiden University conducted a double-blind, placebo-controlled clinical trial on fibromyalgia with Bedrocan products which yielded promising results. They are now working on a follow-up to that study. Bedrocan is also working on the extent to which cannabis can reduce our reliability on opioids. Bedrocan believes that clinical research is key for the future of the company, standardized product, the industry and the patient. Visit bedrocan.com for more information.

Seth Adler: So it's a busy day.

Dwight Evans: Yes it is.

Dwight Evans: We won't hold that against you.

Seth Adler: Right. We got to talk that out.

Dwight Evans: The Amazing Mets. You remember that?

Dwight Evans: See that? That's what they said about ...

Seth Adler: I mean, you must've gotten that the whole time, I would imagine, right?

Dwight Evans: I did, but Tip O'Neill used to say to, me when he was around, he said that if I lived in Massachusetts I could get elected to anything with this name, with Dwight Evans. So we definitely said that.

Seth Adler: All right, so we'll come back to Tip, hopefully, if we've got some time. Where do you come in on cannabis? When did this start being something that you were interested in?

Dwight Evans: 2015, the current governor, Governor Wolf, got elected and in 2016 we had a lot of debate about medical marijuana.

Dwight Evans: I voted for it then in 2016 and it was implemented in 2017. so that's kind of when I really, from a legislative standpoint, really got involved in it. But more so than that, I had been thinking, after the discussion had been taking place around medical marijuana, the need to really address this issue. There's the medical side, then there's the criminal justice side. On the medical side, it was indicated to me and a lot of other people at that particular time that it could play some type of savings in people's lives and involvement. I got into that in terms of the science.

Dwight Evans: On the criminal justice side, I thought that we have been somewhat a failure in addressing it in terms of medical marijuana or marijuana in general, I should say to you, as a result of that, looking at the whole decriminalization. When I started out in Pennsylvania legislature, we had 5,000 people in prison. Then up in 2007 we had over 55,000 people in prison. And really, this issue obviously was a part of the whole aspect of the so-called war on drugs, which has been a failure in the first place. In my view, I thought we needed to reevaluate the way we were approaching this, and obviously, marijuana is one of those issues.