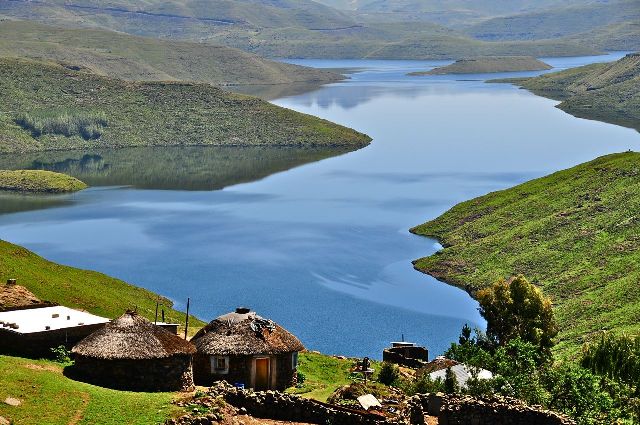 Lesotho has recently arrived on the international cannabis scene, and Tseli Khiba, Advocate, High Court of Lesotho joins us to discuss the details of that development. She explains that, originally, investors were interested in the market in Swaziland, but ended up encountering several roadblocks there. Investors then began looking more broadly for alternative options and noticed Lesotho. Because the laws and provisions were already in place, it seemed like a much easier place to get an industry started. Khiba describes the regulatory gray areas: “The government relied a lot on the best practices internationally and were consistent with those requirements. So, even though the regulations weren’t formally in place in the country, the government approached the industry in a proactive manner and basically decided to figure the rest out as you went along.” Khiba also discusses the illicit market, the benefits of the regulatory market, homegrow, and more.

Seth: Tseli Khiba joins us. Welcome to Cannabis Economy. I'm your host Seth Adler. Download episodes on canneconomy.com, that's two N's and the word economy, or wherever you currently get your podcasts. First a word from our supporter, and then Tseli Khiba. Canna Tech celebrates five years of global cannabis leadership at the biggest Canna Tech Tel Aviv event yet. You've heard me talk about Canna Tech before. Canna Tech Tel Aviv 2020 is an international event that unites the most influential decision makers, researchers, and investors in the cannabis industry. When you attend a Canna Tech event, you become part of the Canna Tech global network and you get unprecedented access to deal flow and investment opportunities on a global scale. 2020 will be a pivotal year in the evolution of the cannabis industry. Give your career a boost by attending Canna Tech Tel Aviv 2020 March 30-31 for more details and for tickets, visit canna-tech.co, that's canna-tech.co.
Tseli: My name is Tseli Khiba, advocate Tseli Khiba from Maseru, Lesotho. I work for Harley and Morris Attorneys, Notaries and Conveniences.
Seth: But that's not the whole story.
Tseli: No, that's just the short summary. That's just very brief.
Seth: Right. So Lesotho, I'm pronouncing that correctly, right?
Tseli: Lesotho.
Seth: Lesotho, okay, Lesotho has arrived here on the international cannabis scene, so to speak. So what I would love is for you to share what you are doing with the government and then we'll talk about where the nation is generally, right? So you personally first.
Tseli: So basically I am a lawyer by profession and what has been happening and how I got involved in the industry is that the law firm was approached by clients that were interested in entering the cannabis industry within Lesotho. And we've had the drugs of abuse act... has been enforced since 2008 and it has a provision, basically provides that for the application and for the issuance of cultivation licenses called operators license, which basically allow an operator to do everything with the plant from cultivation to manufacturer to retail and export. But then the regulations of 2018 now specify specific categories for which licenses can be applied for. In instances where investors want to maybe focus on specific areas of the industry.
Seth: Okay.
Tseli: Yes.
Seth: How are you working with the government to make this actually happen?