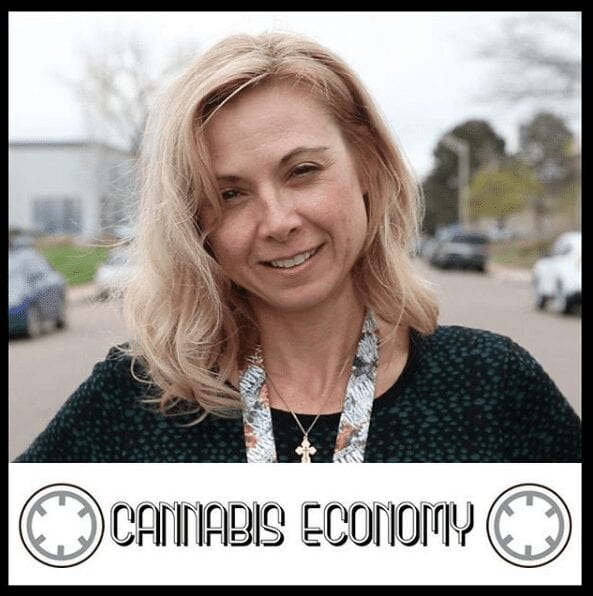 August 18, 2016
Shelley joins her siblings – Sally, Episode 10, Andy, Episode
27 and Pete Episode 68 as a guest. The four siblings who run
Medicine Man are an interesting bunch. So much so that we’re
in the process of filming a 12 part documentary on the family and
the business called- you guessed it- Family, Business.
Yesterday we put the first three parts of that documentary
up- search for it on youtube with the handle canneconomy. If you’ve
heard each of the sibling’s episodes, you know that this is a
family that didn’t have it easy growing up. They took lessons
from their mother of learning to fail, not quitting and hustling
and put those lessons to work at Medicine Man. Shelley shares
a couple of those lessons.

Speaker 1: Shelly schneider of Medicine Man, Shelly joins her siblings. Sally, episode 10, Andy, episode 27 and Pete episode 68 as a guest walk into cannabis economy. I'm your host, Seth Adler. The four siblings who run medicine man are an interesting bunch, so much so that we're in the process of filming a documentary on the family and the business called, you guessed it, family business yesterday. We put the first three parts of that documentary up, search for it on youtube with the handle can economy. That's two ends in the word economy. If you've heard each of the siblings episodes, you know that this is a family that didn't have it easy growing up. They took lessons from their mother of learning to fail, not quitting and hustling and put those lessons to work at medicine. Man, here's shelly on a couple of those lessons.

Speaker 2: I'm ready. Ready? You're ready? I'm ready. Let's go. We're in the house of Schneider. Is that fair? Yes. I mean, this is your house. This is the Schneider's house. Your Sheldon Schneider. You are the sibling of Andy Pete Williams and Sally Vanderveer. Yes, I am. You have this very special family. These are all unique people that we've spoken to. You are the final sibling that we have not spoken to just yet. And you're the baby. You're the youngest. Do you play that card, do you think? With them?

Speaker 2: so with my mom. Because your mom siblings, but the siblings, are they nicer to you than they are to each other?

Speaker 2: got on her nerves a little bit, a little bit more than, well, a little bit. We can go into that. So the, you're, you're on a little bit of a hiatus is what I'm going to call it. Um, and we're going to get into everything about what's happening now, but we need to kind of go all the way back, you know, because we've gotten this history and you have this beautiful house by the way that is up on this hill where you can see the mountains behind. It's ridiculous. It's an open plan house. So there's a little bit of an echo. Yes. Yeah. So we have spoken with them about their history and your history and you're the nice one is what it is. So you're saying that you used to get on, on Sally's nerves, but as the nice one, is that fair or no? You, you're pushing back on this year. The nice one.

Speaker 3: Yeah. Nice. As in I'm going to say what needs to be said in a nice. I'll try to say it in the nicest way possible. Um, without hurting people's feelings. But I, I'm not so nice when something needs to be said. Is it done?

Speaker 3: I do. She has. Everybody's best interest at heart and I tried to be like my mother.

Speaker 2: Right, and each of the siblings, do they have each mentioned that they try to be like your mother? She's the best. Everybody thinks that. I think that too. I've met her a couple times, Michelle, but I call her mom just like you guys, what he does. Exactly. All right, so we're. Where do you remember, because this family was all over the place. California, Japan. We had would be island for a little bit. We had upstate New York. Where do you pick up memory?

Speaker 3: Well, my earliest memory is in New York on Lake Erie, playing with the hard slate. Black Rock's. That's my earliest memory and writing down dear street on a bicycle when I was three, and then I remember picking up all four of us in station wagon, taking a trip to California from New York to California with the German shepherd in the car.