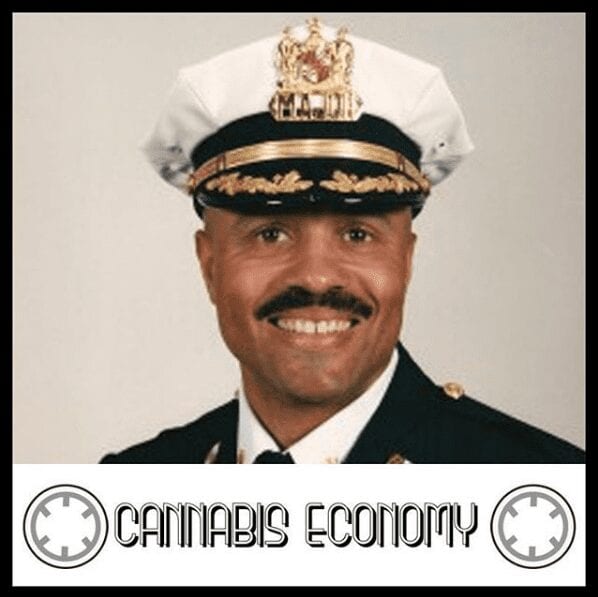 August 22, 2016
Neill Franklin is now the Executive Director of LEAP- Law Enforcement Against Prohibition. And he certainly has Law Enforcement bona fides. Neill was ultimately a Commander in the Maryland State police working his way up from undercover work on the streets as a foot soldier in the war on drugs. Neill learned for himself the toll that the war on drugs was taking and he takes us through his epiphany and ultimate conversion in thinking regarding incarceration and drug legality. Thanks to Neill for his service.

Speaker 2: Neil Franklin is now the executive director of Leap Law Enforcement Against Prohibition and he certainly as law enforcement phone a fee days, Neil was ultimately a commander in the Maryland State police working his way up from undercover work on the streets as a foot soldier in the war on drugs. Welcome to cannabis economy. I'm your host Seth Adler. Check us out on twitter, facebook, instagram, and our new youtube channel with the handle can economy. That's two ends of the word economy. We've got the new cannabis economy APP in itunes. You can get us through the itunes podcast APP and Google play. Neil, learn for himself the toll that the war on drugs was taking and he takes us through his epiphany and ultimate conversion and thinking regarding incarceration and drug legality. Thanking him for his service. Neil Franklin. Now we're cooking with gas. I

Speaker 1: guess that's exactly right. And Neil Franklin Major. Neil Franklin from leap law enforcement against prohibition. Yep. I mean as far as the conversations that I've had, which is over 100 of them with pretty much anybody, everybody in the cannabis industry. We need you. So thank you. It's our pleasure now. My pleasure. It's our pleasure. All of our speakers who volunteered their time. So, so law enforcement against prohibition. You've got obviously got the words right. What does that mean? What, what? What is the organization? Right? So law enforcement against prohibition, typically when people hear that they think of alcohol prohibition and it's a good thing because there's a direct correlation between the two. Right? And we take, when we take a look back at alcohol prohibition in the 19 twenties, we realized that not only did it not work if it's very, very problematic and counterproductive to public safety, and that's what we law enforcement cops were supposed to be about improving public safety, right?

Speaker 1: So the last thing we want is something that's counterproductive to public safety. That makes our streets more dangerous, enable. It's more dangerous. And that's what we saw with alcohol prohibition. That's what the people of the 19 twenties, you know our grandparents saw back then is that Whoa, when we prohibited alcohol, you know, we gave all this power and control to organized crime, to manage the alcohol industry. And how did he do it? They do it with guns and drive by shootings and running gun battles and corruption at all levels of government, including the police. And it was very expensive. And after only 13 years back then in 1933, they repealed the 18th amendment, said enough was enough. Here we are again today. Yeah. But it's, but it's 100 times worse. And the reason it's 100 times worse today is because we, the United States have made the prohibition of drugs a global.

Speaker 1: We took it to the United Nations and made it a global issue. And now we have mayhem, violence, corruption at all levels of government all around the globe. And um, so we in law enforcement against prohibition, say that by ending the prohibition of all drugs, we will reduce crime, disease, death, and addiction. So I should have mentioned, by the way, we're in a coffee house, a nice place, but it was nice enough to make me right outside the train station because as we sit here and talk about mind altering substances, I have my favorite right in front of me. Which, a cup of coffee, I said low caffeine and uh, you know, folks will say that it doesn't do any harm. Right. That's, that's what they said. All right. So, uh, as far as law enforcement, you, you did now just lay out a nice big canvas for us.