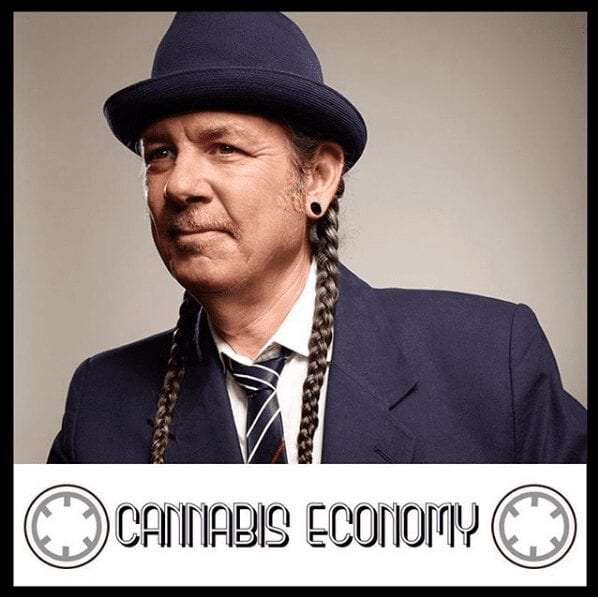 August 26, 2016
Steve DeAngelo, yes that Steve DeAngelo of Harborside & ArcView joins us to give us an update on him, MMRSA and the industry on the whole…he even let’s us know what he thinks might happen this summer and fall in electoral politics. Steve covers his thoughts following the publishing and feedback of The Cannabis Manifesto, the importance of California’s imperfect regulations, the health of the movement and what 1968 might mean to 2016.
And if you’re so inclined, please take our survey: http://survey.libsyn.com/canneconomy

Speaker 2: Steve de Angelo, yes. That Steve D'angelo of harborside and arcview joins us to give an update on him. MMRS say, and the industry on the whole, he even lets us know what he thinks might happen this summer and fall in electoral politics. Welcome to cannabis economy. I'm your host Seth Adler. Check us out on twitter, facebook, instagram, and our new youtube channel with the handle can economy. That's two ends in the word economy. We've got the new cannabis economy APP in itunes. You can get us through itunes podcast, APP and Google play. Steve covers his thoughts following the publishing and feedback of the cannabis manifesto, the importance of California's imperfect regulations, the health of the movement. And what? Nineteen, 68 might need to 2016.

Speaker 1: You louder though? Hearing me, I am louder. This is an unfortunate situation and I have to be, you know, I have to deal with every day is I'm allowed individual. Well, I always thought I was the loudest one in the room, so that's kind of strange. I think your were messages loud. Okay. I think that that's what it is. Steve de Angelo. Thank you so much. My pleasure. Here we are, uh, again. Um, sat down with you. Took a tour with you. Now here we are, a beginning of the second quarter, 2016. We haven't spoken to you since, uh, the manifesto came out. So I want to spend some time talking about that. Want to talk about Melissa and then I want to talk about the craziness that we have going on in politics. Wonderful. Well, let's, let's roll. So the manifesto. Thank you for writing it. Uh, as far as anybody that I've spoken to in the industry, everyone seems to like it. What kind of feedback did you get that was surprising to you? Right? You got it out of your mind. What was the feedback that you said? Oh, I hadn't considered that. Well,

Speaker 3: um, you know, what I was really struck by was the, the, the passion of some of the reports that I got back. So I was fortunate enough to go out on a book reading tour. I traveled around the country, gave readings, and uh, and I had people coming up to me really with tears in their eyes and saying things like, reading your book has changed my life, or reading your book, saved my husband's life and I wasn't really prepared for the level of emotional intensity, you know, the reason what is really trying to do when I wrote the book was, was number one, uh, empower people who already believed in cannabis reform to be the best activist that they possibly could be. Right? And then I also wanted to reach out to people who either hadn't really taken a serious look at cannabis yet or were wobbling on the fence, or maybe we're a little bit over on the other side of the fence and I could and I could swing them over maybe, hopefully.

Speaker 3: Right? So I think we accomplished that really well. Um, you know, Amazon, now I'm up to 85, five star reviews on Amazon. We had three. We hit number one in three different Amazon categories. And what I, the refrain I hear over and over again in those reviews is, oh, you know, I'm a much better activist than I used to be now, or my cousin, uncle, wife, sister, finally after me trying for five, 10, 15, 20 years has changed their mind. Excellent. So first goal accomplished, second goal accomplished that. That's wonderful as far as change my life, you know. And um, how is it different from a patient perspective, from the consistent feedback that I know you get from harborside? How was that different from them reading the book as opposed to being kind of taken care of at the dispensary? So as I drilled down and talk to people about what they, what they meant when they said it changed my life, they've, most of them really zeroed in on the chapter where I talk about wellness, not intoxication and challenge people to take a second look at their own cannabis use and, and decide, you know, am I really just getting high or am I actually being well?