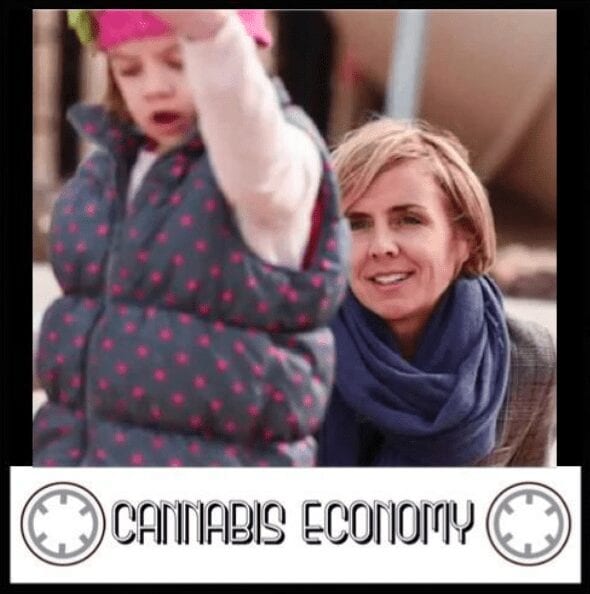 September 4, 2016
If you’ve heard of Charlotte’s Web in relation to cannabis- the moniker is named after little Charlotte Figi who’s been taking CBD for her epilepsy.
Paige Figi, her mother, returns to catch us up with companion bills in the House and Senate which hope to Deschedule CBD which with the rest of the cannabis plant is a schedule 1 substance in the US. Paige has found some unlikely allies in the House and Senate and she shares just how she’s done it.
And you’re so inclined, I’d very much appreciate you filling out our new survey at https://survey.libsyn.com/canneconomy

Speaker 2: if you've heard of Charlotte's web in relation to cannabis. The moniker is named after Little Charlotte figgy who's been taking cbd for her epilepsy page, figure her mother returns to catch us up on companion bills in the House and Senate, which hope to dea schedule CBD, which with the rest of the cannabis plant, of course, as a schedule one substance in the US. Welcome to cannabis economy. I'm your host Seth Adler. Check us out on twitter, facebook, instagram, and our new youtube channel with the handle can economy. That's two ends in the word economy. Got The new cannabis economy APP in itunes. You can get us through the itunes podcast APP and Google play and if you're so inclined, I very much appreciate you filling out our new survey at [inaudible] dot Libsyn.com/can economy. That's lip b. s y n pages found some unlikely allies in the House and Senate and she shares just how she's done it.

Speaker 1: Okay, paige figgi is back paige. Thank you for giving us some some time.

Speaker 1: I'm doing all right. I know that you're doing some important work and it is a and time is of the essence, so I want to make sure that to get to that. But first things first, how is my friend Charlotte?

Speaker 3: Uh, yeah. Charlotte's great. So Charlotte's my daughter, she has epilepsy. If you don't know this story, she uses cannabidiol or CBD. She's been using this substance for four and a half years to control her life threatening. Very, very severe epilepsy disorder. So she's been on it four and a half years. We've been out of the hospital and nonmedical for, for that time and she's on no other drugs. She's walking, she's outside riding a bike with a friend right now. So, um, it's been, you know, it's been life changing. She's doing great. She's in school. She started school this year. She's a nine and hasn't really left my care for all those nine years until, until recently. So it's, um, it's been a pretty incredible journey to watch her, to watch her succeed. She had a rough, very rough time with jurvay syndrome. She was, she was in hospice, she was in a wheelchair. She couldn't swallow. She couldn't breathe and, and so to see her transform from that, to, to this and, and, and not, not on any of these powerful drugs, pharmaceutical drugs is pretty, is pretty eyeopening.

Speaker 3: Yeah. So she gets up early in the morning. She gets the bus, comes and picks her up. She has a talking machine so she can push the button. So she's all in there in her head. She just can't express it as well. So she has a couple words, you know, a couple of, like 100 words she uses, but she can push the buttons on the machine. It looks kind of like an ipad and then she can say, I want to have spaghetti for dinner. Sure. I want to go ride my bike right now. And so she can communicate, it's just, um, people have to learn how to, how to interact with her and she loves it. And then she comes home at the end of the day and uh, she loved school. It's a brand new experience for her. So yeah, it's a life has gotten very thankful.

Speaker 1: That's unbelievable. When did she start using this machine?

Speaker 3: She's been using it since she was two because her syndrome, typically these kids are speech effected. So don't, they all sort of dwindle in their speech. They're all, they all have some speech delays. So I knew that was headed down her path when she was a little baby and um, we started it pretty young so she uses it really well because we started so young. Yeah. So she's got that tool. It's nice. And, and she's, you know, she can communicate with us.

Speaker 1: I, I a personal question. What, what, you know, I understand I want to go ride my bike. You know, I, I, I like spaghetti and I'd like Spaghetti for dinner. What kind of emotional connection does she make with the, with the device? Does you know how, how often does she tap into her own emotions?

Speaker 3: You know, it's, that is probably, this is really interesting. She uses it to communicate, to interact with people so when you're sick or special needs, especially when she was in a wheelchair and on a hospital bed, people don't, I don't. There's not a physical connection and you don't really think about this too much, but how often do you go up to someone in a wheelchair and, and embrace them or you know, they're not sitting in your lap and reading a book. A little kid. So she really lost that when she was real sick and so she uses it to interact so she sees you. She'll make eye contact and she'll open the talker and she usually goes right to his. This is my brother's name is maxwell and this is my twin sister chase and this is the, you know, these are the things we do together.