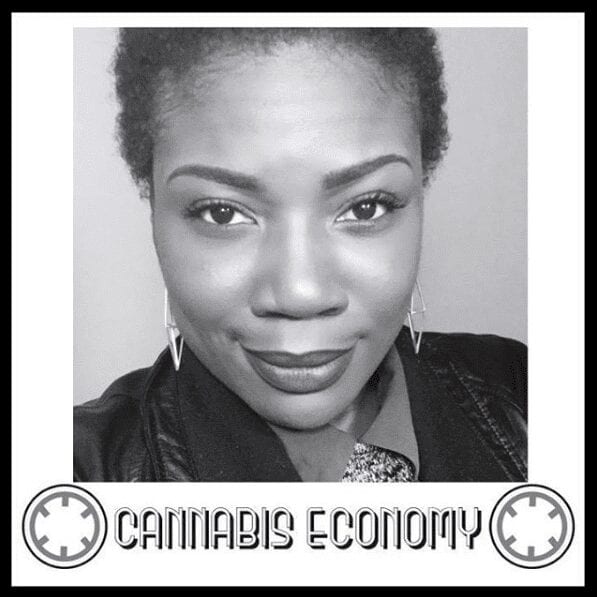 April 28, 2017
MCBA Spotlight: Dasheeda Dawson, The Weedhead & Jesce Horton, MCBA
Jesce Horton joins us again to discuss the MCBA outlook for 2017. Jesce shares that he’s looking forward to the release of a study with UC Berkeley which will showcase the level of involvement of communities of color in the cannabis industry. The ultimate goal as Jesce tells us is to utilize the prosperity of the industry to have a strong and lasting impact on communities of color as a whole. Dasheeda Dawson then joins us and takes us through her dynamic personal and professional journey. Dasheeda has a life philosophy that she coined in sport- crossover and keep it moving. She’s brought that to the Fortune 500 and she’s bringing it to cannabis.

Speaker 1: Jesse Horton and Dasheeda Dawson, Jesse Horton joins us again to discuss the MCPA outlook for 2017. Jesse shares that he's looking forward to the release of a study with UC Berkeley, which we'll showcase the level of involvement of communities of color in the cannabis industry. The ultimate goal, as Jesse tells us, is to utilize the prosperity of the industry to have a strong and lasting impact on communities of color as a whole. Dasheeda Dawson then joins us and takes us through her dynamic, personal and professional journey does she has a life philosophy that she coined in sport crossover and keep it moving. She's brought that to the fortune $500 and now she's bringing it to cannabis. Welcome to cannabis economy. I'm your host Seth Adler. Check us out on social with the handle can economy. That's two ends of the word economy. Dasheeda Dawson proceeded by Jesse Horton.

Speaker 2: Person that made it

Speaker 3: know the person that made it and who shall remain nameless. However, uh, you know, I would be remiss if not to open a with the fact that congratulations, you got a kid on the way. I mean, come on.

Speaker 2: Yeah. Yeah. Thank you very much. I don't think it's really quite hit me yet. Maybe a few, few, three, four months away from him actually being here. But um, it's, it's gonna be pretty awesome. I think.

Speaker 3: Yeah. You, you say three, four months away. Uh, you know, you and I are speaking in January, the due date. Uh, I don't believe it. Can you just share that for the audience?

Speaker 2: Yeah. The due date is actually April the 20th, the beloved for 20.

Speaker 3: that maybe gets into to, uh, the kid's name, but we'll leave that until April. I'm here. We go into 2017 and, you know, um, I wanted to talk to you about what, you know MCPA has in store for the year and how much that might have changed based on, um, you know, the, the new administration, if at all.

Speaker 2: I will say that very little. If anything has changed within MCPA as a result of the new administration. Um, if, if anything has changed, I think there's been a, a little bit more of a, a push toward, um, at least having some ear toward the federal legislation and not being, I as, as focused on the city and state policies. I think all of us know that city and state, you know, is really most important as it relates to your ability to have a business and fair policies, um, and fair enforcement of cannabis cannabis policies is definitely, you know, something that really happens at that local level. Um, however, as we look towards the expanding of the, of the cannabis industry and, and we understand that representative Earl Blumenauer and representative Dana Rohrabacher putting together the, the cannabis caucus in DC, um, we definitely want to have more of an understanding of how that's shaping up and what that means for a poor communities of color and for the industry as a whole.

Speaker 3: Dana, Rebecca himself had a, a couple of folks from the industry that, uh, that we do know and I'll be checking in with those folks as well, uh, at the inauguration. So that was interesting to see, at least on a, on digital, so to speak. Right?

Speaker 2: Yeah, yeah, certainly, certainly. I'm really looking forward to seeing them at least what comes from that.

Speaker 3: Alright. So, so as far as MCPA, let's lay it out, you know, uh, though minority cannabis business association, what are you looking to accomplish? Um, you know, with the, with the association this year, you know, we've got a well now less than 12 months, but what do we want to do here?

Speaker 2: We're almost out of January already. Our real focus for this year is to make sure that we have strong program implementation and now we can, we can have more of a vision or making a real measurable and an impactful change I in, in communities of color and the industry as a whole. And um, the foundation for that is really laid by the study that we are hoping to release sometime in the first quarter of this year that we did with UC Berkeley. That gives us some type of, uh, uh, measuring set to get an understanding of the level of involvement of people, of color, communities of color. And what that means for the industry, um, and then that'll give us the basis to see how we can go about measuring on impact impacted or impactful programs. Things like, um, the, uh, the expungement program I rise up expungement day that we do with Marley will continue to do that and that's a lot easier to measure the amount of people that will get through that program. But our ultimate goal is to make sure that we have a, um, a strong and lasting impact on communities of color as a whole and that we help to utilize the prosperity of the industry to do that. And also that we show that by doing that it's an improvement in the industry so that of course it's going to take a lot of understanding, a lot of data and a lot of focused our programs to make sure that we can really tell that store.