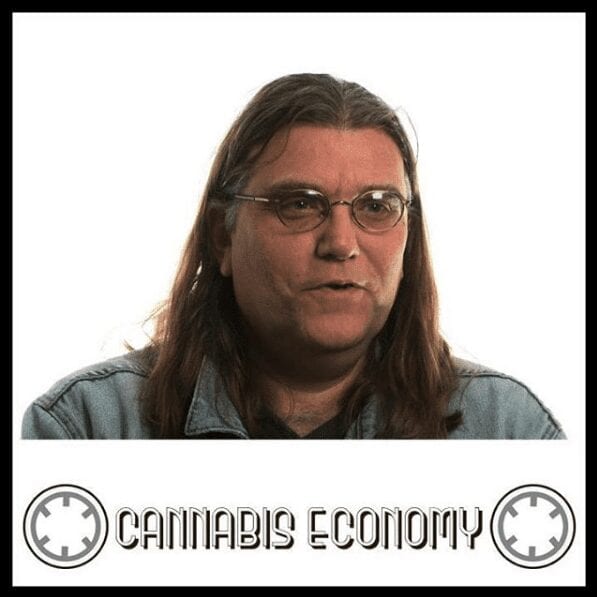 March 15, 2017
We begin in the classroom at the Museum of Natural History with molecular biologist Dr. Robert DeSalle discussing biogeography. This serves as an appetizer for our sit down in the professors office when we discuss how all of that affects cannabis.
In the office, we discuss his work on both fruit flies and caviar to discover the scope of work that remains on cannabis. Both in class and in office, we discuss Krakatoa to better understand how the 1883 eruption can inform the cannabis plant and industry.
A note- Robert has an active office, so doors do open and close. Episode 199 with Mowgli Holmes is cited often and works a great companion episode to this one.

Speaker 1: molecular biologist Dr Robert to salle We begin in the classroom at the Museum of Natural History Discussing biogeography serves as an appetizer for sit down in the professor's office when we discussed how all that affects cannabis in the office. We discussed he's working on both fruit flies and caviar to discover the scope of work that remains on cannabis both in class and in office. We discussed Krakatoa to better understand how the 80 slash 83 eruption can inform the cannabis plant and industry. A note, Robert has an active office, so doors do open and close. Episode one 99 with Mowgli. Holmes is cited often and works as a great companion episode to this one. Welcome to cannabis economy. I'm your host Seth Adler. Check us out on social with the handle can economy. That's two ends of the word economy from the Museum of natural history. Rob To south

Speaker 2: the 19 sixties in pushed a plate. Tectonics wasn't the first to mention it or first to propose it. Snyder Pellegrini in 18, 58 did. Um, and, uh, vegner more or less reasonable, resurfaced it and refined it and all through the early part of the 20th century, he tried to get people to get it and he was considered a real renegade idiot. Real actual word idiot was used to describe them by some of his colleagues, but it turns out he won because it took it. We have a system of plate tectonics here on our planet. And, and he was absolutely right. And once we understood those, the plate tectonics, as we talked about last class, you have a lot to, a lot of information to work with to understand how things got distributed across the, across the globe. And indeed without it, I'm a historical biogeography witness changed as much as it did in the 19 sixties, 19 fifties and 19 sixties.

Speaker 2: And then as we've seen, um, uh, Willie came along in the 19 fifties and reformed how we do systematics from a, uh, an expert driven a way of saying how things are related to each other to a data driven way. And also this other guy, crazy. We are crazy that, um, worked, uh, worked in South America, was also called crazy and an idiot by a lot of scientists. Um, he started to look at what's called by carrying its biogeography and we'll talk about that in some detail. I'm Evelyn Hutchinson who spent most of his career at Yale University. I'm the, uh, was really, um, uh, responsible for the major shift in how biogeography was viewed in an ecological context. Hutchinson was a geologist and a, I'm sorry, a ecologist and a s mostly studied the effect of each of ecology's on species distribution. And so he was really interested in that and, and really tried to, uh, bring those, those, those two things together.

Speaker 2: Macarthur and Wilson came up with the equal every theory of island biogeography. And then what happened then this very, very specific kind of have this very specific topic. Island biogeography became a focus, um, to explain species richness on islands. So islands became really the main focus of a lot of scientists because they were, as we'll see here in a second, they're contained and, and the geology tells you a lot about the history of the island, which then allows you to make inferences about the history of species on the islands. Um, let's talk about biogeographic specifics and all biogeographic patterns are influenced by the geographic template that's really easy to get if you have a terrestrial animal. Um, the world of possibilities are the that they live on. And so if you have a map of the land, you have a geographic template to put them on and distributions and patterns, geographic variation of species that can communities than you assume result from a spatial variation environments, responses by Otis to the variation interactions among species and the Earth's dynamic history. And, and you make some assumptions about how these things are, are distributed. And this helps you think of things in terms of modeling and things. So climate, um, wind patterns, precipitation patterns, soils, uh, that, that change as a result of succession, primary succession changes in the characteristics of water.

Speaker 2: These are especially prevalent or especially important when you're talking about microbial biogeography or microbial eco, geographic kinds of things, um, and, but they all are also important that a more complex organismal level, so plants will respond to precipitation patterns and plants will respond to the nutrients in soils that get, get changed as a result of succession and things like that. And so one of the most important tools of a bible geography as the species distribution. And we can, we can point out that all species have a unique geographic range. Our geographic ranges, everything, uh, the geographic range of, of, uh, say, uh, uh, tropical beetle is wherever it is in the tropics, etc. And as I mentioned earlier, some of the biogeography in this context is really cool and it's cool because of geologic events like the, a volcanic eruption of krakatoa in 18, 83, which just completely covered the island of krakatoa in, in ash and lava and, and in, in effect, sterilize the icon.

Speaker 2: OkAy? So more than likely not all the microbes were eliminated from the island, but certainly all the larger mammal bird or insect lIfe on the, on the island were just wiped out. So this is a really cool experimental system, right? If you couldn't ask for anything better to try to study succession to, to study how things come. and so what scientists have done over the last, um, I think they did it up until 1940, where, where the ecology seem to start to ecology cracker to us to start to stabilize it. They were able to, uh, look at, at um, the, the kinds of dispersal that occurred in getting species aren't to crack a toe. And you can see that the total is quite impressive and less than 50 years or about 50 years, uh, about 200 9,270 species were, were introduced to the, to the, uh, to the island that, that would be this, this, this diagram is plants, birds, about 31 species we're were distributed to, came to the island and recolonize the Ireland.