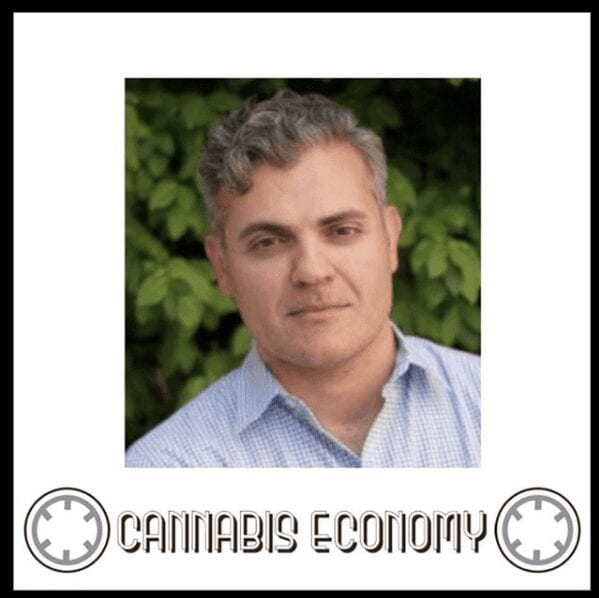 Lamine Zarad joins us and provides a Banking 101 lesson. He joined Merrill Lynch at the height of the financial crisis doing his best to avert disaster. He realized at that height of the economic apocalypse that the only stable thing was the federal government which was going to be the savior of us all in his words- and he wanted to know how and why. He studied public policy and public finance and got a job at the US Treasury which is why we discuss the entanglement of the banking system and political system in the US, Dodd Frank, the Volker Rule, the Bank Secrecy Act as affected by the Patriot Act, Glass-Steagall, proprietary trading, FinTech, blockchain and how that all relates to cannabis.

Speaker 1: Lamine Zarad joins us and provides a banking 100. One lesson. You joined Merrill Lynch at the height of the financial crisis, doing his best to avert disaster. You realize that that height of the economic apocalypse, that the only stable thing was the federal government, which was going to be the savior of us. All in these words, and he wanted to know how and why he studied public policy and public finance and got a job at the US Treasury, which is why we discussed the entanglement of the banking system and political system in the U. s dodd frank, the volcker rule, the bank secrecy act as affected by the Patriot Act glass steagall proprietary trading, Fintech, blockchain, and how all that relates to cannabis. Welcome to cannabis economy. I'm your host Seth Adler. Check us out on social with the handle can economy. That's two ends in the word economy on the system means Gerrard born in Azerbaijan. Oh, you were born in Azerbaijan. Correct. And that was always a country that sounded fun to say Azerbaijan. But on the ground. What, what was happening? What, what does what I mean, this is like in the seventies, right? That's right. Well, 1979 supersized. Oh, so you're younger than God. What, uh, what was happening on the ground in Azerbaijan and 97, so nine years,

Speaker 4: teens, seventies and eighties. Azerbaijan was still part of the Soviet Union. Ussr, uh, however, because of its geography and because it was on the outskirts of the Soviet Union, the Soviet regime, the rule did not apply quite as stringent as it did in other republics. I say it was a lot more laid back than the rest of the country.

Speaker 1: The long arm of the law was not quite that long,

Speaker 4: quite that long. Exactly. Exactly. So it had its own culture. It was able to sort of preserve a lot of ways that, uh, that Azeris were able to survive, you know, for centuries, you know, it's at the crossroads of many different empires. Historically, the Persian empire, the Ottomans, the Russian empire of the Soviet and so forth. And before the ariens went through there and then many others,

Speaker 4: Sure, sure. So, so to the south of us pajamas, Iran, to, uh, to the West, you have Armenia, alright to north, uh, it's technically Russia, but it's the North Caucasus, right? You have Dagestan than Chechnya. Uh Ha. Uh Ha. Yeah. Okay. Yup. And to the, to the East Caspian Sea, and on the other side of the Caspian Sea of Kazakhstan. All right. So, you know, this is not an easy place, I don't think. Right. It's actually, it's actually quite easy culturally. It's, it's, uh, it's like, it's like New Orleans have a, you know, I'd love of the Middle East or, or Central Asia or whatever you want to call it. Sit somewhere in between you gotta set up a cannabis defense. Yeah, exactly. Let's do this. Alright. So Buck, who now is. So interestingly, historically that area has, it's very rich in natural resources, particularly oil, right? Right. In fact, that's where the oil was discovered by humanity.

Speaker 4: It was used and lanterns by Romans and many other people who kind of went through there. This is the first oil. That's the first first oil that OPEC. Exactly. Yeah, yeah, yeah, yeah. And then the oil is used in industrial applications. There's also, you know, a derived from, from that area. In fact, uh, you know, Hitler's push to, to go through [inaudible] and Gloria Stalingrad was to get to buckle because if, uh, if the Germans got to buckle, the war would have taken a very different turn. They would've been able to supply the entire Third Reich with a rich soil and so Soviet spot really hard to keep them off. Uh, in any case, the area now is, uh, is sort of a combination between Dubai and Ibiza. A culturally those. Wow. Because that, those are different. Culturally I'm allowed to do whatever I want to visa. I'm not allowed to do whatever I want to do by.

Speaker 4: Right. And Azerbaijan, you can do both. Okay, fair enough. I guess that's like a certain parts of Manhattan. The. Yeah, there you go. Good analogy. Right. Alright. So how long were you there? So I spent my childhood there. My father is Tunisian and would travel between buck who in Tunisia until 1989 and in 1989 the Soviet Union fell apart. And um, so my family, my family's part, Armenian and my mother's side and Armenians, uh, you may may or may not know, experience genocide at the hands of Turks at the turn of the century and Azeris culturally similar to Turks and mop. My mother is actually half Missouri, half Armenian meeting, which is a pretty, uh, unique, unique combination a. and we were forced out because of that unique combination interest to became refugees and ended up living in Moscow because that was the closest, a quote unquote stable area, what we can go to in 1990.

Speaker 4: So we'll live there for four, five, six years to be precise and then came to the states. So you never did live in Tunisia a? Yes, I spent an aggregate that's probably spent a couple of years, but we summered in Tunisia, I say, of course. All right. So in Moscow, in 1989 slash 90. Is that Gorbachev to Yeltsin or was it just still Gorbachev? Gorbachev and Yeltsin? It was, in fact, Yeltsin was mostly Yeltsin. It was. What was that? How old were you? Uh, so between 10 and 16. And that's instead had to be just crazy. It was absolutely insane. So imagine I'm a fairly well established country, an empire as some call that at the time the cease to exist. So it was anarchy period. It was in fact in 1995 as a height of Russian anarchy. And this is why you'll Putin came to power and individuals like putting, we're were able to, uh, grab the, this sort of filled the vacuum, right?